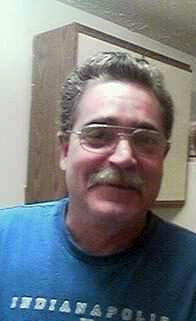 Donald “Donny” Couillard passed away on July 8, 2020 after a long battle with multiple cancers. Donny was born in Brunswick on Sept. 9, 1955 to Antoine Couillard of Canada and Athala Theberge of Brunswick. Donny attended Brunswick schools and was on the basketball team for many years. He worked at Bath Iron Works, Department 27 for 15 years.

In the summer of 1978 Donny married Claudia “Tiny” Blackman and had two children, Mindy Correll and Brock Couillard, both of Wiscasset. He had many “adopted” children that would call him Dad and he loved them like his own. Donny had a passion for gardening and restoring old vehicles and loved working on “real cars” like the 1969 Camaro RS/SS or the 1970 Chevelle SS. Donny traveled the United States and always wanted to go back to Hawaii. His favorite place he lived was North Carolina and he would say “I love the parties and people but I miss the ocean.” He enjoyed spending his Saturday nights at the Wiscasset Raceway and Sundays watching NASCAR.

During the summer, he loved seafood and looked forward to his lobster bakes with his whole family. He was an amazing cook and made the best chili, burgers, and prime rib around. He had a soft spot for animals but his favorite love was his white German shepherd, Winter. As a child, his favorite cartoon character was the Tasmanian Devil because it reminded him of himself, a prankster, wild, funny, loving, and would eat anything that contained meat. Anyone that knew Donny knew that he loved his Dr. McGillicuddy, Coors Light, and live music but not as much as his children and grandchildren. Donny spent as much time as he could with his five grandchildren and would light up when they came around. Before his cancer diagnosis he would take his grandchildren to the garage to work on cars and always wanted one of his grandkids to follow in his footsteps.

He is survived by his two children, Mindy Correll and Brock Couillard; sisters, Carol Wright and Diane Laney; his grandchildren, Arianna Couillard, Kayden Correll, Sabastian Couillard, Briella Couillard, and Jaxon Couillard; and many nieces and nephews.

At Donny’s request, there will be no funeral but a rocking party will happen at a later time.

Arrangements are under the care of Funeral Alternatives, 46 Bath Road, Brunswick. Condolences may be expressed at funeralalternatives.net.