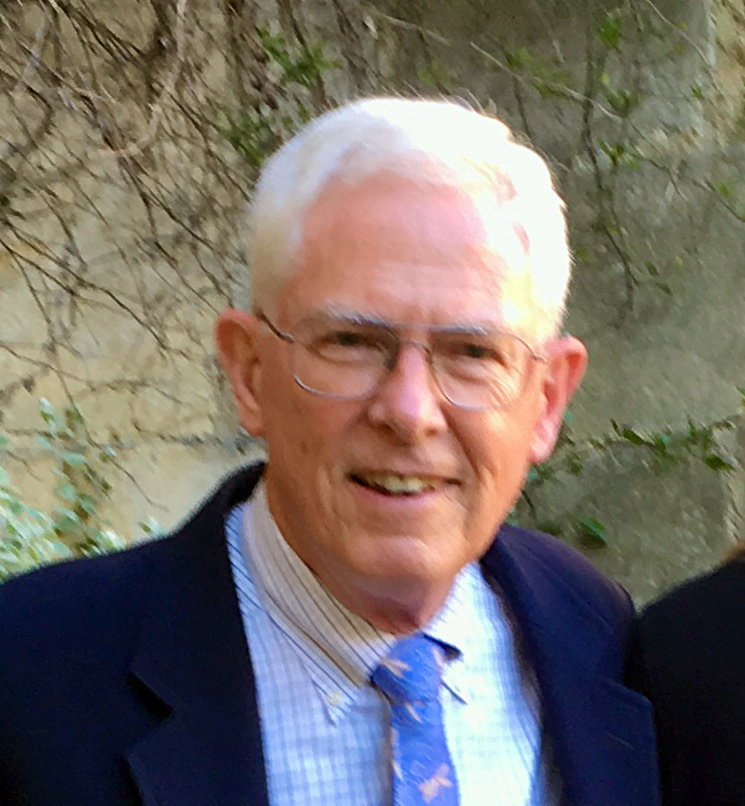 Donald Pardee Sarles died in his sleep on Saturday, Dec. 4, 2021 at his home in Brunswick. Although he had been fighting cancer for some time, he was determined overcome it and get back his health, but his body finally failed him.

Born in Laurel, Md., in 1939, he was the son of Merritt and Dorothy (Bengtson) Sarles. He graduated from Johns Hopkins University with a degree in electrical engineering, after that serving in the Navy from 1964-67 as electrical officer on the USS Fort Snelling. He worked for the engineering firm of Syska and Hennessey, and then worked until retirement for the Architect of the Capitol in Washington, D.C.

He met the love of his life, Carolyn Bryant, when they both joined the same choral group in Washington. They married in 1981 and honeymooned in Maine – Don’s first time in the state. He fell in love with Maine and insisted they return each summer. They bought an old saltwater farm in Waldoboro and, after retirement, began spending half the year there, half in Bethesda, Md. In 2010 they moved to Maine full time, spending winters at Thornton Oaks in Brunswick.

Part engineer, part farmer, part musician and sound engineer, and fully dedicated to his family, Don was always quietly working on something – tending his vegetable garden, repointing the farmhouse’s tall stone chimney, using his tractor and rock rake to maintain the long dirt lane, and cooking up a storm whenever guests were there.

He accompanied Carolyn to meetings of the American Musical Instrument Society, and soon found himself managing the membership database and serving as Registrar, a duty he continued until his death.

Don was a member of St. Mark’s Episcopal Church on Capitol Hill, and then First Parish Congregational Church in Brunswick; his fine tenor voice was a mainstay of the choirs.

He will be remembered for his lightness of being, his ready laugh and twinkling eyes, and the steady and humble way he walked through life serving and tending to things and people.

He is survived by his beloved wife, Carolyn; his sister, Nancy Karpeles; his sister-in-law, Christy Bryant Bumanis; and cherished nieces and nephew, Carolyn Surrick, Marion Leukhardt, and John Surrick, and their children.

A memorial service will be planned in the spring.