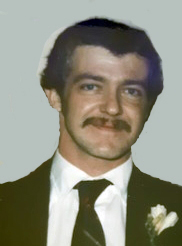 Don was born Oct. 14, 1952, in Paterson, N.J., the youngest of three children of Donald and Dorothy Chatfield. Always interested in engines and cars and with his deep admiration for his father and his father’s work as a nuclear engineer, Don attended Worcester Polytechnic Institute’s (WPI) engineering program.

After he left WPI, he followed his other passion for food and for making meals that people would enjoy. He worked as a banquet chef at Chateau de Ville in Framingham, Mass., where he served banquets for hundreds of people and then for a time at Holiday Inn in Boston. Returning to Midcoast Maine, he was chef at The Cheechako Restaurant on Lewis Point among other restaurants. Over his lifetime he prepared food events and delicious meals for his friends.

Don returned to his love of cars and worked at Strong Chevrolet where he developed a strong following because of his skill in solving problems when the engine light came on and resolving complex automotive electrical problems. His interest in engines then expanded to the aeronautical engineering technician program at Embry-Riddle Aeronautical University in Daytona Beach, Fla. After graduation, he taught at the University before returning to Midcoast Maine.

He ran his own business as the Car Doc until 2012 while also working at Quality Muffler until 2010. His automotive fans were glad that Don was back and would diagnose and resolve most auto issues. He retired in 2012 when he gave up driving, but he continued offering auto advice.

Don will be remembered by many for his help resolving their automotive problems and by his friends as a smart, well-read person who loved cooking, had strong opinions, could be cantankerous and did things his way, but was generous and shared many jokes, especially Far Side cartoons. He read his automotive magazines and The New Yorker cover-to-cover, enjoyed feeding the birds, watching the wildlife around his home, listening to National Public Radio, and watching college football on TV. In the last five years, he looked forward to weekly rides from the FISH volunteers, who became friends, and with whom he shared lots of laughter, jokes, and meaningful conversations.

He is survived by two sisters, Judith Nevius, of Danvers, Mass., and Marian Chatfield, of Mount Pleasant, S.C.; two nieces and a nephew; great-nephew; and great-niece. Don was grateful for the help from his friend Mary Sheldon over the last decade and a half and for her persistent kindness and intelligence.

Memorials may be sent to Lincoln County FISH (Friends in Service Helping) with checks made out to St. Andrew’s Church, PO Box 234, Newcastle, ME 04553 and LC FISH in the memo line, or they can call 350-9808 for information.