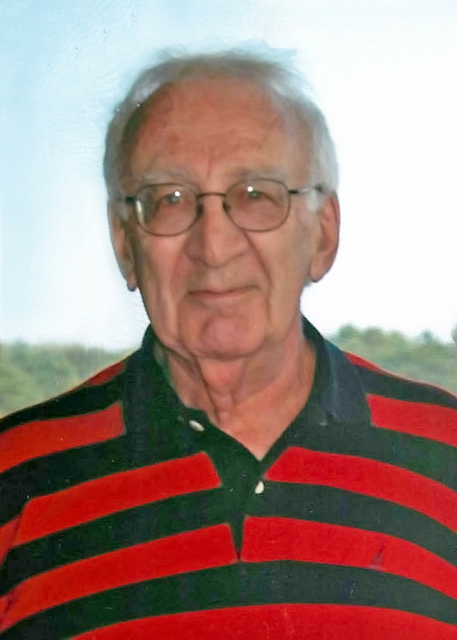 Don spent most of his life in the Binghamton and Vestal, N.Y. area, before joining the U.S. military, where he served during the Korean War with the Nation Security Army. He went on to further his education at Broome Tech, then to Cortland State College and eventually to Syracuse University.

He worked at Clarkson University for 34 years, where he held many titles, eventually becoming director of student financial aid before his retirement in 1997.

Don spent 25 summers at Jim Reilly’s red cottage in New Harbor before buying and renovating his retirement home in Chamberlain. For 20 years, Don and Donna spent four months a year on Hilton Head Island in South Carolina. Don was an avid golfer and basketball player, and loved landscaping.

Don was a great friend and husband, and a wonderful role model to many former students who kept in contact through calls and visits.

Besides his wife Donna, Don is survived by his brother-in-law, Richard Schellhammer and his wife Barbara.

He will be laid to rest privately in the spring. In lieu of flowers, donations in Don’s memory may be made to the Bristol First Responders, 104 South Side Road, New Harbor, ME 04554.