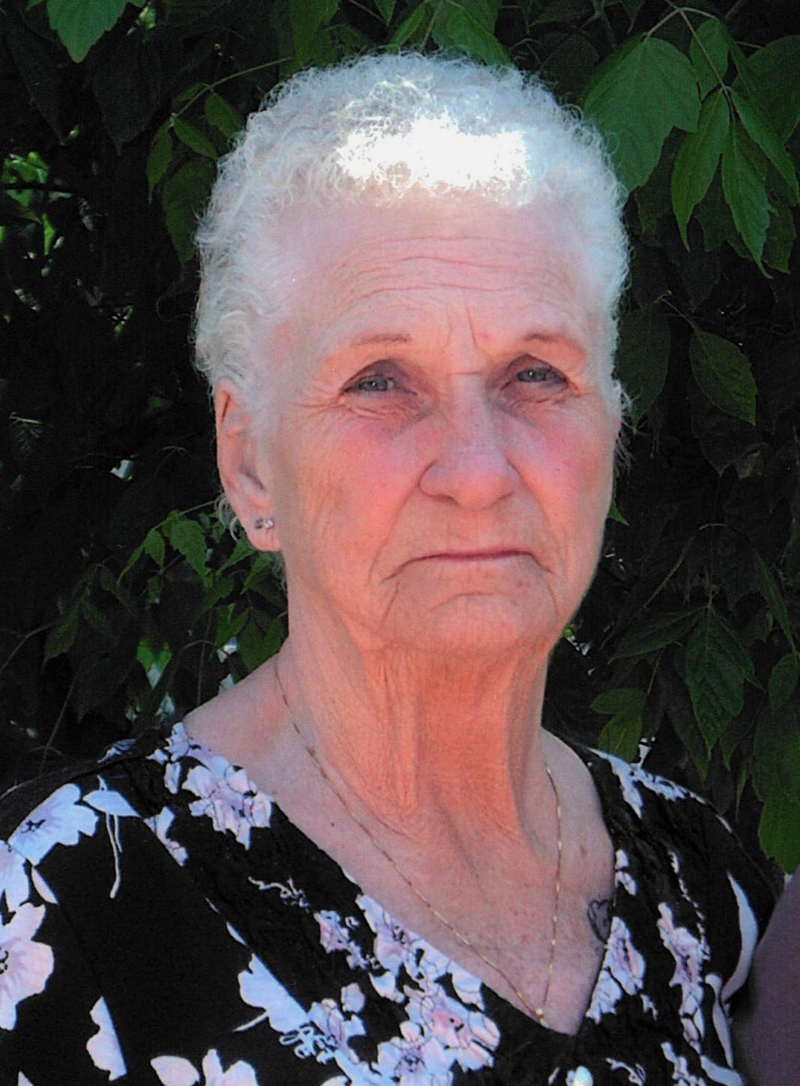 Donna Ann Burns, of Friendship, passed away Feb. 27 surrounded by her family and loved ones.

Donna married Chester M. Burns on Oct. 5, 1957. Donna and Chester were married for 58 years before he passed away and she missed him greatly.

Donna was well known for her beautiful nails, receiving compliments every where she went. She enjoyed crocheting which her daughter Cindi taught her how to do, camping, collecting porcelain dolls, and she made the best spaghetti sauce in Knox County.

She sewed a lot of her children’s clothing throughout the years including her sister Vicki’s wedding dress. She looked forward to receiving a new Anna Lee doll from her daughter Sherri every year for her birthday.

Donna and Chester had five children with whom she shared many fond memories.

Sherri enjoyed moving furniture with her mother even though they typically only made it half way up the stairs before they would burst out laughing.

Sharel Ann and Donna went to a female impersonator show when visiting Sharel Ann in Virginia, at which instead of Donna tipping the performer, he tipped her. She also enjoyed her visits to Virginia where she went out to eat every day and shopping.

Cindi looked forward as a little girl selling Avon with her mother as that was their special one-on-one time together.

Chad and Donna always got excited about their moose hunts together, which there were many.

The grandchildren all have fond memories of huge holiday gatherings where Donna put on quite a spread.

Donna worked several years as a sardine packer and then performed clerical duties for a local seafood company. She was also an Eastern Star member.

Donna and her daughters picked crabmeat every summer so that she could provide a wonderful Christmas for her family.

She loved old-time country music, being an avid bargain shopper, and she enjoyed following her family and friends on Facebook.

Visiting hours will be held from 1-2 p.m., Tues., March 5 with a funeral service to follow at 2 p.m. at Hall’s of Waldoboro, 949 Main St., Waldoboro, with Pastor Tom Rawley officiating. Burial will be in the spring at the Harbor View Cemetery in Friendship.

Arrangements are entrusted to Hall Funeral and Cremation Services, Waldoboro.