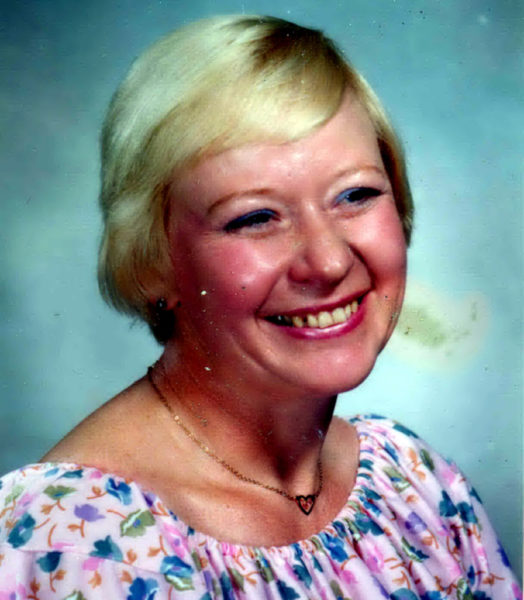 Donna Mae Cowing, 80, of Dresden, died Jan. 2 at Augusta Center for Health and Rehabilitation, in Augusta. She was born Oct. 24, 1936 in Des Moines, Iowa, the daughter of Dean Earl and Pauline Mae (Harden) Leonard of Adel, Iowa and attended public schools in Adel, Iowa and graduated in 1956.

Donna was an excellent student in high school and active on several sports teams and school activities. She played basketball, enjoyed swimming, roller skating, and dancing. She was fiercely independent and worked several jobs through high school – dental assistant, babysitting, local dime store, and “Popcorn Girl” at the local movie theater that her step-father, William J. Kennedy managed. He was a wonderful father to Donna and she called him “Daddy Bill” and loved him dearly.

She lived her early years on her maternal grandparents, Orie and Flossie (Calvert) Harden’s Iowa farm doing chores and loved interacting with all of the animals and in the flower and vegetable gardens. She was very proud of the fact that she earned her own “credit card” at age 14 and could buy her own clothes, roller skates, and anything she needed. She loved spending time with her step-brothers, the Kennedy Boys, Jack O. and Thomas L. when they went bike riding, going to the DOT garage, putting on plays, and numerous other kid adventures.

After high school graduation she attended Iowa State University for one year. While home on school break she attended a school dance which her future husband also happened to attend. He was an Air Force Staff Sergeant who was a radar operator who was on terminal duty status following the Korean War stationed in Iowa. Needless to say the sparks flew and after numerous 1,400 mile round trips and (three broken down cars) from Detroit, Mich. to Iowa, Joe finally convinced Donna to marry him.

She married Joe Wilbur Cowing on April 5, 1957 in her hometown at Adel United Methodist Church, Adel, Iowa and moved to East Detroit, now East Pointe, Mich., and they raised a family of four boys. She was very active in her boys’ lives and volunteered at school, PTA, Cub Scouts, Boy Scouts, and church Sunday school. She was the “Taxi Driver” for all of the boys’ school commitments, athletic and social events. Donna was so proud to be a mom of four boys, “A Good Poker Hand, Four of a Kind!”

As she raised her family, her love of gardening was ever present. In addition to her own annual family flower and vegetable gardens she joined the Michigan Garden Clubs Association. She knew all of the flowers’ common English and botanical names. Donna entered hundreds of garden club flower shows and won too numerous to mention, “blue ribbons” and other awards. She was invited to enter many exhibitions around the state and received many high honors and accolades in the newspapers. She so excelled that she went to school and became a Life and Master Judge in the Michigan Garden Club Association of Accredited Judges.

Her other hobbies were decoupage, knitting, needlepoint, latch hooking, quilting, sketching and painting. Numerous family and friends have her paintings proudly on display in their homes.

Her husband Joe was in the Air Force Reserve and went to numerous schools. Donna drove the boys and family dogs with their camper to meet Joe at various bases in California, Wisconsin, Washington State, and even Alaska, enjoying many special adventures and memories camping and fishing. She was one “tough lady.”

After her four boys were older and still in school, Donna hungered to finish her college education. She enrolled at Wayne State University in Detroit, Mich. At age 44 she earned her Bachelor of Science degree in Education in 1980 which happened to be the same year her oldest son, Joe also graduated from college. Always one to push the envelope, Donna went on to earn her Master’s Degree from Wayne State in Special Education. She excelled and had high honors during her time in school. She graduated Summa Cum Laude and was a member of the Phi Beta Kappa Society. At the ripe of old of 46 she began her teaching career with the Detroit Public Schools. She belonged to the Michigan Education Association, The American Federation of teachers and the NEA.

Donna absolutely loved her special education students and treated them like her own boys. She thrived in this teaching environment and loved her time as a teacher. She taught for 14 years and upon retirement moved to her family’s vacation home in Dresden where she lived for several years.

Donna was preceded in death by her son, Stephen Ray Cowing Sr.

A memorial service will be held later this year in the spring/summer to honor her life. She will be missed by her family, numerous friends, and all those who knew her. She will be laid to rest in Pine Grove Cemetery, Dresden, Maine.