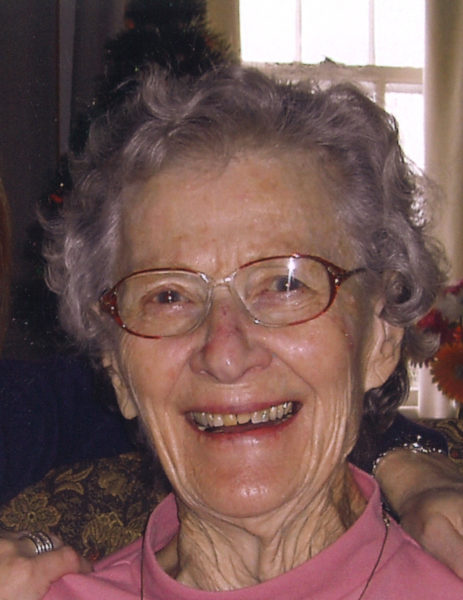 She was born Sept. 9, 1928 in Summit, Kan., the youngest of five children of Elmer Albert Anderson and Esther M. Nelson, only three of whom lived beyond birth. Her sister Maxine and her brother Maurice have predeceased her. Since her parents were descendents of Swedish immigrants, Doreen spent her childhood on the family farm in the Lund Community in Summit.

She attended North Park University in Chicago, Ill. As a house parent at the Cromwell Children’s Home in Cromwell, Conn., she met her husband, Frode J. Fischer, a native of Copenhagen, Denmark. They were married in 1954. They moved to a children’s home, Kurn Hattin, in Westminster, Vt., from which they retired and moved to Bremen. For about five years, she was a teacher’s aide at the Bremen Grade School. Upon Frode’s death in 1979 she sold the house and moved to an apartment in Damariscotta. In 1996 she married Paul E. Brady and moved back to Bremen where she enjoyed life on the shore of Pemaquid Lake. Upon Paul’s death in 2014 she moved to Hodgdon Green.

Through the years in Maine she was an active member of the Damariscotta United Methodist Church.

A service of celebration of the life and spirit of Doreen Brady will be held at 2 p.m., Wed., Oct. 26 at the Damariscotta United Methodist Church, 40 Church St., Damariscotta.

Donations in Doreen’s memory may be given to the Damariscotta United Methodist Church, P.O. Box 1053, Damariscotta, ME 04543.

To extend online condolences, light a candle for Doreen, or to share a story or pictures, visit her Book of Memories at www.hallfuneralhomes.com.