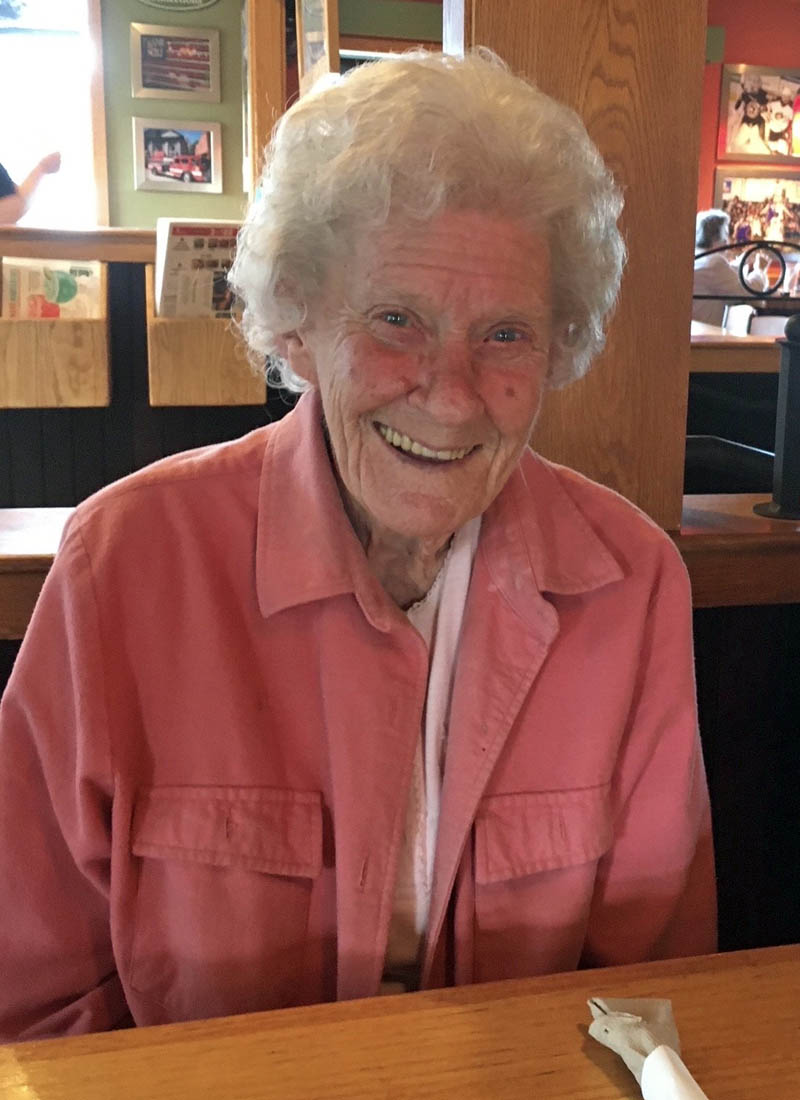 She grew up in the Waldoboro area and attended local schools. She obtained her RN at Harvard University and then worked at Miles Memorial Hospital. After she married Ralph H. Sprague Jr. in 1946 she started her family of five children and became an Avon lady while they were growing up. There was always a house full, with all of her children as well as the many “adopted” ones.

Dot loved to knit, was a Girl Scout troop leader, Avon lady in Gray for a zillion years, and started Gray Rescue with Dr. Russell in the 1960s and served on the Gray Rescue for many years.

Dot was recognized as Woman of the Year in the 1970s from the town of Gray with a huge celebration. She was a member of the Church of the Nazarene in Waldoboro for many years.

Dot was known and loved by so many. She leaves behind her legacy to always be kind to each other. Her famous quote was “if you cannot say anything nice or kind then say nothing at all.” She reached out and helped so many, she would give you her only food or clothes on her back if she thought you needed them. She was a true Christian and lived for Jesus Christ.

Survivors include her three daughters, Martha Lamb, of Gray, Vicki Darling, of New Gloucester, and Jennifer York, of Gray; and her son, Wayne Fulton of Phoenix, Ariz.; seven grandchildren; 19 great-grandchildren; and one great-great-grandchild. Also surviving are her two sisters, Alberta Walter, of Waldoboro, and Maxine Beane, of New Hampshire; and one brother, Richard Shuman of Wiscasset.

In addition to Dot’s parents, Albert and Hazel Shuman, she was predeceased by her loving husband of 63 years, Ralph H. Sprague Jr., and her two sons, Frederick Sprague, and Larry Sprague.

There will also be a celebration of life from 5-7 p.m. Friday, Aug. 5 at the Wilson Funeral Home, 24 Shaker Road in Gray.