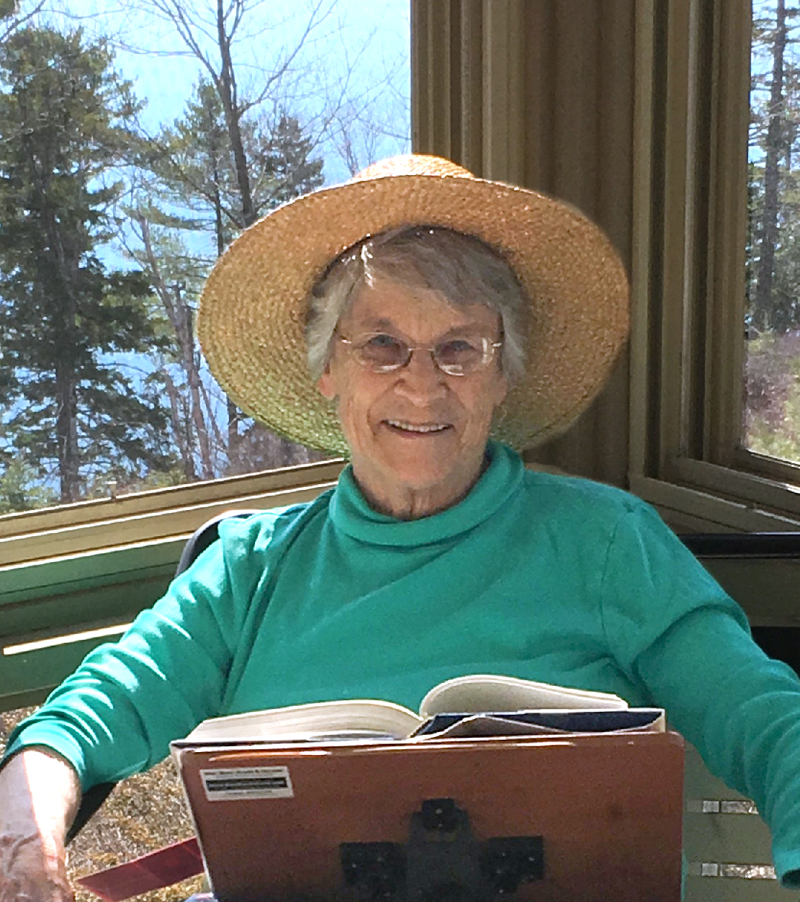 Dorothy Swanton Brown, 78, of Westport Island, passed away June 4 at home, where she had been under hospice care for end stage renal disease.

Dotti, as she was known to many in Lincoln County, was born on Jan. 6, 1939 in Newton, Mass., to John R. Swanton Jr. and Louise May (Ruhl) Swanton, also past residents of Westport Island. After graduating from Newton High School in 1956, she earned a BA from Radcliff College, Harvard University, in 1959. Dotti lived in Schwellbrunn, Switzerland, as an American Field Service exchange student during the summer of 1955.

Dotti was first employed as director of Christian Education for All Saints Church in Pasadena, Calif., after which she worked as a wife, mother, and homemaker, as well as a devoted and life-long volunteer with churches, schools and community groups; she taught Sunday school, was a PTA president and a Girl Scout leader. With her husband of 52 years, James H. Brown of Indianapolis, Ind., Dotti raised her family in Newton, Mass., Altadena, Palo Alto and Cupertino, Calif.

In 1988, Dotti and Jim became licensed “emergency” foster care parents in Santa Clara County, Calif., caring for nine infants and toddlers over the next five years. In 1992, Dotti trained and practiced as a Stephen Minister for the Los Altos United Methodist Church, in Los Altos, Calif. After moving to Maine with Jim in 1996, she volunteered at Wiscasset High School, New Hope for Women, and became an active member of the First Congregational Church Wiscasset, singing in the choir and playing bells. Dotti played piano her entire life and both violin and viola with friends and in community orchestras and quartets in California and Maine. Jim and Dotti enjoyed over 20 domestic and international cruises, making friends and seeing the world from the sea. She enjoyed baking, sewing, knitting and all types of needlework, and was an expert quilter in later years.

Dotti is preceded in death by her parents and her husband.

A memorial service will be held later in the summer at First Congregational Church of Wiscasset, New Hope for Women, or Together We Rise. Updates will be posted on CaringBridge (https://www.caringbridge.org/visit/dottibrown).

In lieu of flowers, please consider a donation to First Congregational Church Wiscasset, New Hope for Women, or Together We Rise.