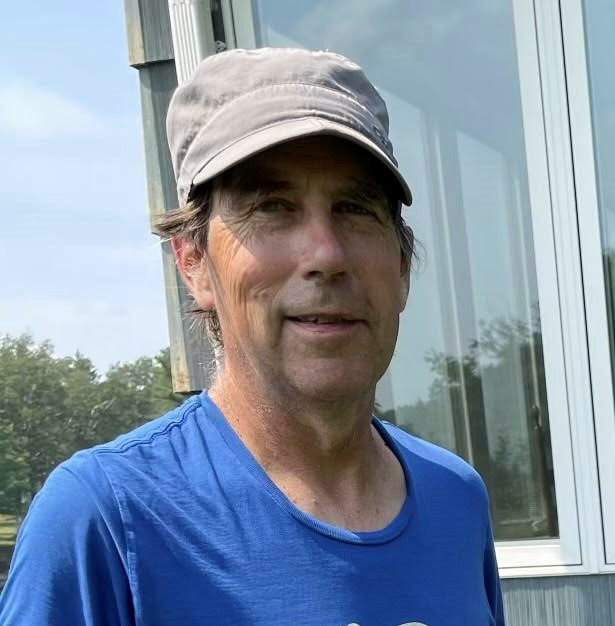 Douglas E. Fraher, born Oct. 29, 1959, passed away on March 6, 2022 at Gosnell Memorial Hospice House in Scarborough. Doug had suffered a sudden, devastating cardiac event from which he could not recover.

Doug and his family moved to Maine in 1975. Doug attended Medomak Valley High School, graduating in 1977. He then went on to study biology at Worcester Polytechnic Institute in Worcester, Mass. From there Doug went to UMaine at Orono to take graduate classes. In the summers Doug worked at Hog Island Audubon Camp and Camp Kieve. He developed lifelong friendships during these years.

In the mid ’80s Doug worked at Pinkham’s Plantation where he met fellow pranksters Greg Bond and Bob Skinner. Doug and Greg worked together for 20-plus years for Mary Louise Cowan planting the famous Cowan Gardens. Up to 40,000 tulips some years! The staff at Mary Louise’s was his extended family for many years. Doug continued to work at the Cowan property after it was purchased by Ed Bosarge. In later years he was a self-employed gardener extraordinaire. One of his gardening clients remembers him as “a very handsome gentleman with a wonderful smile, doing what he loved with great talent and enjoyment.” (Thanks Estelle)

In 2013 two weirdos met! Doug and Trish Monroe were married five years later. In 2020 they moved to their home on Barters Island where they have planted many beautiful things. They filled their house with plants and books.

Doug was truly a unique person. He was brilliantly smart and had a wicked sense of humor. He was at his best cross-country skiing at the Schmidt Preserve or hiking with Bob Skinner. He loved nature and being outside year round. Doug was an avid reader and a talented artist who never gave himself credit. His pen and ink drawings are exceptional. He served on the board of Boothbay Region Art Foundation for many years.

Doug is predeceased by his parents, Ned and Mary; and his sister, Jean. He is survived by his wife, Trish and her three children, Luke, Sally, and Louise.

A gathering of family and friends will be held on Saturday, March 19 from 4 to 6 p.m. at Hall Funeral Home of Boothbay, 975 Wiscasset Road, Boothbay. A celebration of life will be held in the fall.

Never take anything for granted. Tell your loved ones you love them every day. And when you’re walking in the woods, think of Doug.

Hall’s of Boothbay has the care of the arrangements. To extend online condolences, please visit hallfuneralhomes.com.