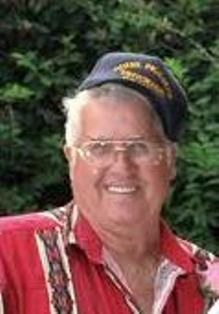 Douglas E. Peaslee Sr., 86, of Jefferson, died Sept. 23 in Jefferson at his daughter Shirley’s home, where he was surrounded by family. Douglas was born April 13, 1930 in Somerville to Guy and Leola Benner Peaslee. Douglas grew up in Somerville and attended local schools. He started working in the woods at the age of 13.

He worked hard all his life in the woods, growing and harvesting Christmas trees. He also was a school bus driver, D.O.T. driver, and worked at the Dragon Cement Plant in Thomaston. He owned and operated Douglas Peaslee & Son’s Trucking Loam and Gravel for many years until he retired.

He was the road commissioner for the town of Jefferson for over 30 years. He was always busy working, and bartering to help others. He was a loyal, trustworthy and dependable person. His wife, Shirley, was the center of his world along with his children and grandchildren. He loved to go hunting and fishing so that he could provide food for his family through the long Maine winters.

He was predeceased by sons, Elbridge and Dennis Peaslee.

There will be a family gathering at the home of Douglas Peaslee Sr., 49 Valley Rd., Jefferson after the graveside service.

To extend online condolences, light a candle for Doug, or to share a story or pictures, visit his Book of Memories at www.hallfuneralhomes.com.