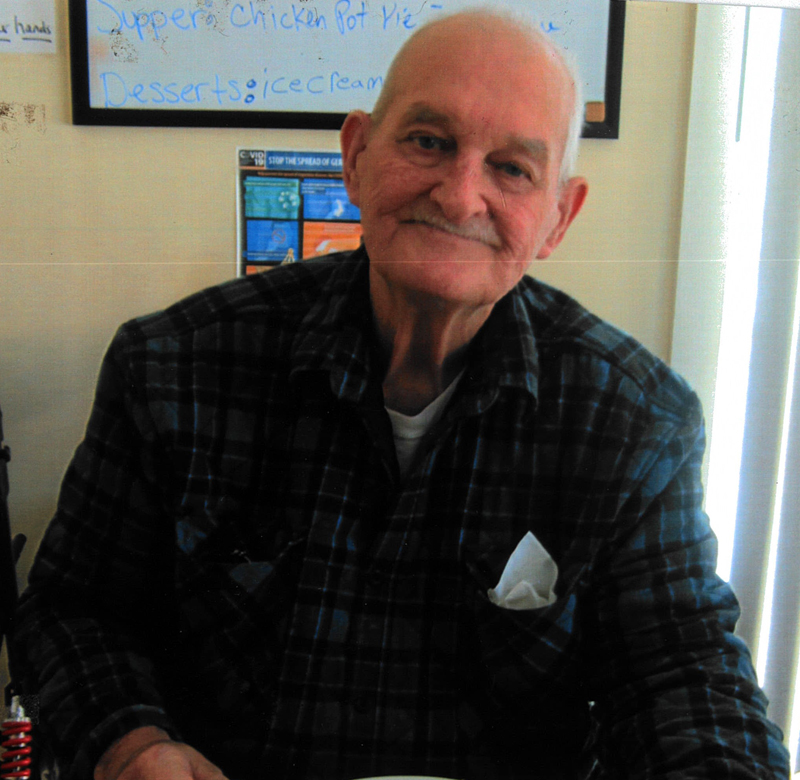 Douglas M. Richards Sr., 78, passed away peacefully at the Saint Andrews Village Gregory Wing on Aug. 22, 2022. Doug was the youngest son of Clarance and Myra (Genthner) Richards. He grew up in Friendship and attended local schools. At one time, Doug’s entire family all lived on Bradford Point in Friendship.

Doug served in the U.S. Army from April 1965 until he was honorably discharged in April 1967 and stayed in the reserves until April 1971. He received several honors while serving: National Defense Service Metal, Expert Pistol (.45 caliber) and Rifle (M-14) Metal, as well as the Good Conduct Metal.

Doug did many jobs throughout his life. He was sternman for his nephew, James, for many years. He worked at Lash Boat Yard helping build lobster boats, and at Bramhall’s Lobster Wharf doing whatever needed to be done. Doug went pogy fishing with the Wottons for several years as well as going clamming. Anything to do with the ocean, he was there. He was also a member of the Friendship Fire Department and drove the Friendship ambulance.

He was so proud of his gardens. Growing most of his own vegetables as well as sharing with anyone that wanted some. He was a wonderful cook and couldn’t wait to share his fresh cakes, cookies, and pies when someone would come visit. He would put a sign on his door, “Pea soup is ready” so everyone would know what he’s been cooking.

Whenever he went to Togus or shopping, he would leave a note on his door, “Be back soon” or “Headed to Togus, be back later” so anyone that stopped by would know he was out and about and to stop back later.

Everyone in Friendship would toot to him when they drove by. He would sit at his kitchen table and wave to people as they walked by and always comment on how fast so-and-so was driving by. He kept his eyes out for everything.

Doug will be missed by so many. His smile, his jokes, his sense of humor and his personality are things everyone will remember.

Doug was predeceased by his siblings: James, Cyrus, Lorraine, Helen, and Virgil, all of Friendship; and nephew, Danny Wilshire, whom he had a special relationship with.

Doug is survived by his son, Douglas M. Richards Jr., of Portland; his nephew, James Richards and his wife, Kimberly, of Friendship, who helped care for him for the last several years; niece, Lori Wright and her husband, Norman, of South Bristol; niece, Amy Brazier and her husband, Darrell, of Friendship; nieces, Tammy Fiore, of Waldoboro, Pamm Richards-Parlin, of Waldoboro, and Paula Richards, of Boothbay, whom he loved to have visit him; his great-nephews, Jimmy Richards, of Friendship, Alex Richards, of South Thomaston, and Nicholas Wright and his wife, Katie, of Warner, N.H.; plus, many other nieces and nephews whom he loved to have visit him.

Special thanks to all the girls at Waldoboro Green. Doug spent over 18 months there and they treated him like their father. They cooked him wonderful home cooked meals and plenty of hugs and smiles. Also, to Gary and Becky at the Green who became very good friends to Doug.

Also, thanks to Terry and Christine and other staff members at Togus VA Hospital in Augusta who cared for Doug for several years. Listening to his stories and making him smile and laugh at every visit. He so looked forward to it every time.

Thanks to St. Andrews Village in Boothbay Harbor, Doug spent his last few weeks in their care. They were so nice to Doug even when he was at his worst.

A memorial service for Doug will be held at 2 p.m. on Thursday, Sept. 8 in the chapel at the Maine Veterans Cemetery, 163 Mt. Vernon Road, Augusta.