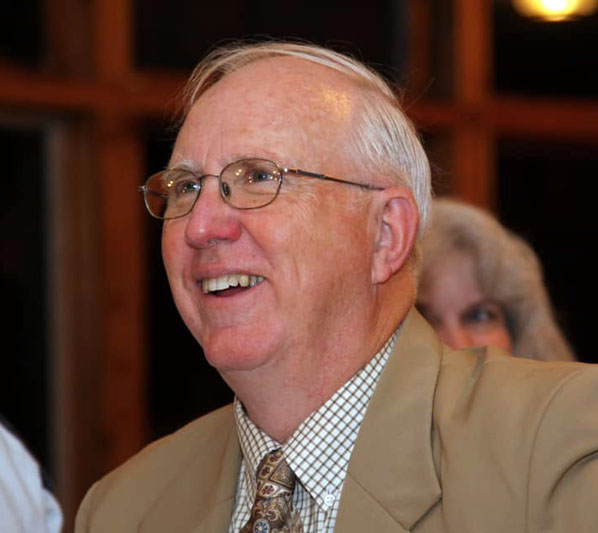 Dr. Harold “Sandy” Alexander Falconer, Jr. passed away peacefully on the evening of Oct. 24, 2021, after a long illness. He was at home with family and friends present. He was born on June 26, 1939, in Schenectady, N.Y. to Constance Theodora Mott-Smith and Harold Alexander Falconer. He graduated as salutatorian from Burnt Hills-Ballston Lake High School, N.Y., and attended Princeton University, where he graduated in 1961 with a B.A. in music. After Princeton, Sandy attended Tufts University Medical School and earned his MD.

In 1965, Sandy was drafted into the U.S. Navy and served two tours in Vietnam as a SeaBee (Construction Battalion) physician in Da Nang. In between tours, he married Sheila Gilman of Rhode Island in 1967 and they subsequently had four children. Returning to the U.S. in 1968, he did residencies at Albany Medical School and Henry Ford Hospital in Detroit, becoming a pediatrician as his specialty.

In 1970, he and a classmate from Tufts opened a pediatric practice in Wakefield, R.I., where he continued until the early 1980s, when he moved to South County Hospital in Wakefield as an ER physician. He was board-certified in both pediatrics and emergency medicine.

Sandy grew up in a household steeped in music, and music was the great passion of his life. He studied piano at an early age, and in high school, Sandy filled in at the local Episcopal church on the organ. He also briefly played the cello in high school, and took it up again later in life. During his early years in Rhode Island, Sandy developed friendships with many fine musicians, at first through his association with St. John the Divine Episcopal Church in Saunderstown, R.I., where he played organ regularly and directed choirs.

Sandy strengthened his ties with musical friends by inviting groups to his house to sing madrigals and play chamber music. Those associations became the nucleus of the South County Chamber Singers with Sandy as founding director in 1986. At the height of his eight-year tenure as director, the chamber singers was composed of as many as 40 singers and enjoyed robust attendance at two to three concerts annually, often accompanied by full orchestra, in South County area churches and University of Rhode Island Auditorium. During these years, Sandy also played piano trios with his close friends Gary Petersen on violin and Bob Champlin on the cello. They called themselves the “Bush Arts Trio.”

In 1990, he married his second wife, Judith Lord neé Deniston, who had two young daughters by a previous marriage. In 1994, Sandy took a new ER position at New Britain General Hospital in New Britain, Conn., and the family moved to Farmington, Conn. While in Connecticut, he joined Connecticut Choral Artists, a professional choral group, and also served on its board of directors.

In 2003, Sandy retired from New Britain General Hospital, and built a new house in South Bristol where he had summered with his beloved extended family all his life. He and Judy moved there in 2004. He continued working in the ER part time, first at Waterville Hospital, and then at Miles Hospital (now LincolnHealth – Miles Campus) where he finally retired in 2014. Starting in 2015, Sandy and Judy split time between Maine and Florida.

In 2006, Sandy became the director of Tapestry Singers in Damariscotta. He continued directing this group until 2014, giving several concerts each year, often with orchestra. He also worked as an organist at Damariscotta Baptist Church and Damariscotta United Methodist. In addition, he and Judy sang with St. Cecilia Chamber Choir and Sheepscot Valley Chorus, and he played cello with the Seacoast Orchestras. He also sang with VOXX (Voices of Twenty).

All his life, Sandy loved the outdoors, and was especially fond of hiking. Some of his notable achievements were climbing Mt. Whitney (14,500 feet) in California, and Mt. Katahdin in Maine, as well as many peaks in the Adirondacks. He also loved to travel and some favorite trips were to Italy, Switzerland, England, and Scotland. He had never spent time in the west and came to love visiting the national parks in California and southern Utah. He and Judy had two raft trips down the Grand Canyon. Even as recently as a month ago, Sandy hiked on local trails.

In lieu of flowers, donations to Tapestry Singers; St. Cecilia Chamber Singers; and/or Sheepscot Valley Chorus would be gratefully appreciated.

A memorial service will be held next summer at Second Congregational Church in Newcastle on July 16, 2022, in the mid-to-late afternoon.