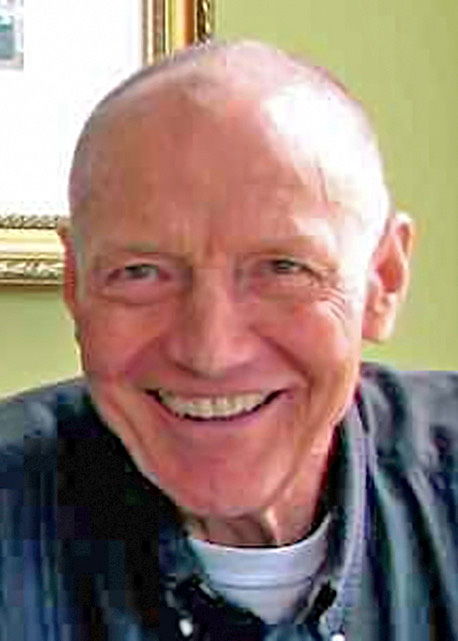 Dr. James Topping Hudson passed away on Wednesday, Sept. 8, 2021. Jim was born in West Hartford, Conn., on July 21, 1931, to Wheaton Grenville and Jessie Topping Hudson. In 1940, the family moved to Freeport where they opened the Hudson Bay Guest House, a precursor to the many B&B’s now in Freeport.

Jim attended Freeport schools and graduated from Northfield Mount Hermon in Northfield, Mass., in 1949. He then attended the College of Agriculture at Cornell University, graduating in 1953. While at Cornell, Jim played goalie on the Cornell lacrosse team. After graduation he entered the artillery division of the U.S. Army as a second lieutenant and served in Germany, where he learned to ski and developed a love for good beer.

Upon completing his term of service, Jim entered the Cornell School of Veterinary Medicine. During his first year as a veterinary student, he met his roommate’s sister, Patricia (Pat) Black. After a long courtship, he and Pat were married on June 20, 1959, in Fredonia N.Y.

Jim graduated in 1960, and he and Pat moved to North Conway, N.H., where Jim started work as a licensed veterinarian. He met and worked with many of the farmers in the valley, treating cows, horses, pigs and sheep; he also treated many dogs and cats in the veterinary hospital.

In 1963, Jim started his own veterinary practice in Bethel, Maine, filling the gap left by Sherman Greenleaf. He made many friends while in Bethel and earned the love and respect of both the animals and their owners throughout a wide area of Oxford County, gaining the title of “Doc.” He enjoyed all those he met there until his retirement in 1994.

Jim’s interests were vast. He earned a private pilot’s license and purchased a plane, flying throughout Maine and taking trips to Florida with his wife and children. His service in the U.S. Army gave him a love of shooting cannons, which led to invitations to join the Portland Symphony Orchestra for performances of Tchaikovsky’s 1812 Overture. Fishing also filled many wonderful hours for Jim, whether he was fishing for striped bass in his favorite spots on the Sheepscot River or heading to Scraggley Lake with his buddy Dick James.

His love for the outdoors inspired him to build a camp on the Sheepscot for his family’s use and they spent many weekends there together doing summer and winter activities. When Jim retired, he and Pat moved to the camp and filled their lives happily. Despite his appearance of being “laid back,” Jim was a hard worker. In order to supplement the home’s heat with firewood, he would order tree-length logs, saw them, and split the wood for the woodstoves he kept running each winter. During his 89th year, he cut and split six cords of wood.

Jim’s positive attitude and his feelings that things could be a lot worse buoyed him over setbacks that sprang up in his path over his 90 years. He will especially be remembered for his wonderful sense of humor and the laughter he provided for family and friends.

A private family memorial service will be held during Jim’s favorite month of October, in his favorite spot overlooking the river in Newcastle. In lieu of flowers, please consider donating to the Harvest Hills Animal Shelter, 1389 Bridgton Road, Fryeburg, ME 04037. Jim was very influential in establishing the shelter in 1992 and set up free neutering surgery for animals placed there.