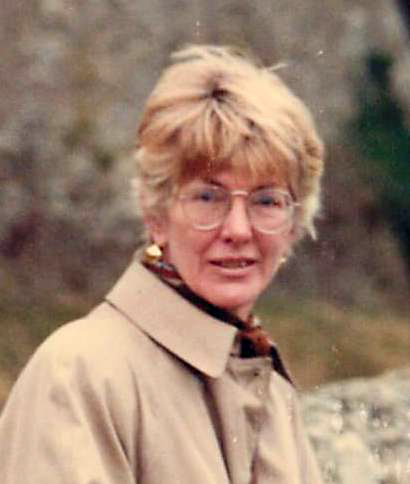 Leslie and her brother Lou were raised by their mother, Estelle Hedges “Dolly” Ekberg in Needham, Mass., following the tragic death of their father, R. Franklin “Hank” Ekberg in a boating accident when Leslie was a young girl. Leslie has always attributed her strength to her mother, her grandmother and her family’s Swedish heritage.

After high school, Leslie attended the University of Massachusetts at Amherst. While in graduate school she met and married Charles F. Angell of Kingston, Mass., in the spring of 1966. Both Leslie and Charlie received doctorates in English literature in 1974 from the University of Massachusetts, Amherst. They each taught in the English department at Bridgewater State College for the duration of their academic careers.

Leslie loved her life in East Bridgewater. In their early years of marriage, Charlie and Leslie bought and fully restored an antique home near the college’s campus. It was in this home that they raised their son Charles Franklin Angell. Books were everywhere, Classical music filled the air, and beloved pets were constantly present. Leslie surrounded their home with beautiful gardens and her door was always open to her friends, colleagues, and students.

Leslie and Charlie were married for 47 years. After Charlie’s passing in 2012, Leslie moved from East Bridgewater to Newcastle to be closer to her son Franklin and granddaughter Hadley Estelle Angell. For the last seven years, Leslie lived in peace and safety at the Lincoln Home. Leslie’s family will always be grateful to the staff at the Lincoln Home and the Harbor View Cottage for their exceptional and loving care.