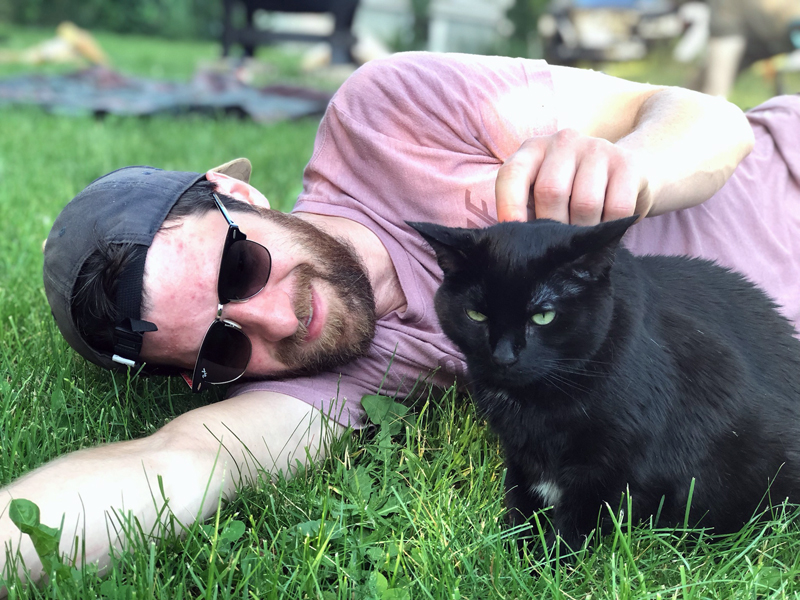 Dylan Lucas Webber, 31, of Portland, passed away unexpectedly on Sept. 2, 2021 surrounded by loved ones at Maine Medical Center.

Dylan was born at home in Augusta on April 19, 1990 to Katie Daggett and Chuck Webber. He attended school in Gardiner, finishing at Hall-Dale High School in Hallowell, then going to college at University of Southern Maine.

Dylan loved to travel. And at an early age took advantage of the perks of working at the Portland Jetport to travel all over the U.S. and Europe, where he was able to sample many styles of beer, which would help him later in life.

Dylan turned an interest in home brewing and craft beer into a passion and a career, starting out at Maine Beer Company as a cellarman, later becoming Mast Landing’s first employee and head brewer. He was introduced by a friend to Mike Rankin, with whom he started their own brewery, Definitive Brewing Company. His talent for brewing beer was remarkable and unanimously lauded by his peers in the craft brew community. He was steadfastly hardworking, driven, never missing a day of work.

Dylan leaves behind a legacy; he was fundamentally kind, caring, and loyal to his friends and family, which would explain the unbelievable amount of sympathy and generosity that has been truly uplifting.

Outside of work Dylan lived for moments with family, loved ones, and his incredible network of caring friends, enjoying beers, a deep love for music, especially live music. His favorite place was at his family’s camp on Lake Cobbosseecontee. He was a long-time vegetarian and an animal lover, especially cats.

He is predeceased by his maternal grandfather, Ed Daggett; and his paternal grandparents, Bill Webber and Althea Ingraham.

There will be a celebration of life from 12-4 p.m. Sunday, Sept. 26, at Definitive Brewing Company.

As proud of Dylan as we are for his many accomplishments in such a short life, we are equally proud that he may have saved five lives by being an organ donor. So in lieu of flowers, become an organ donor, if you haven’t already.