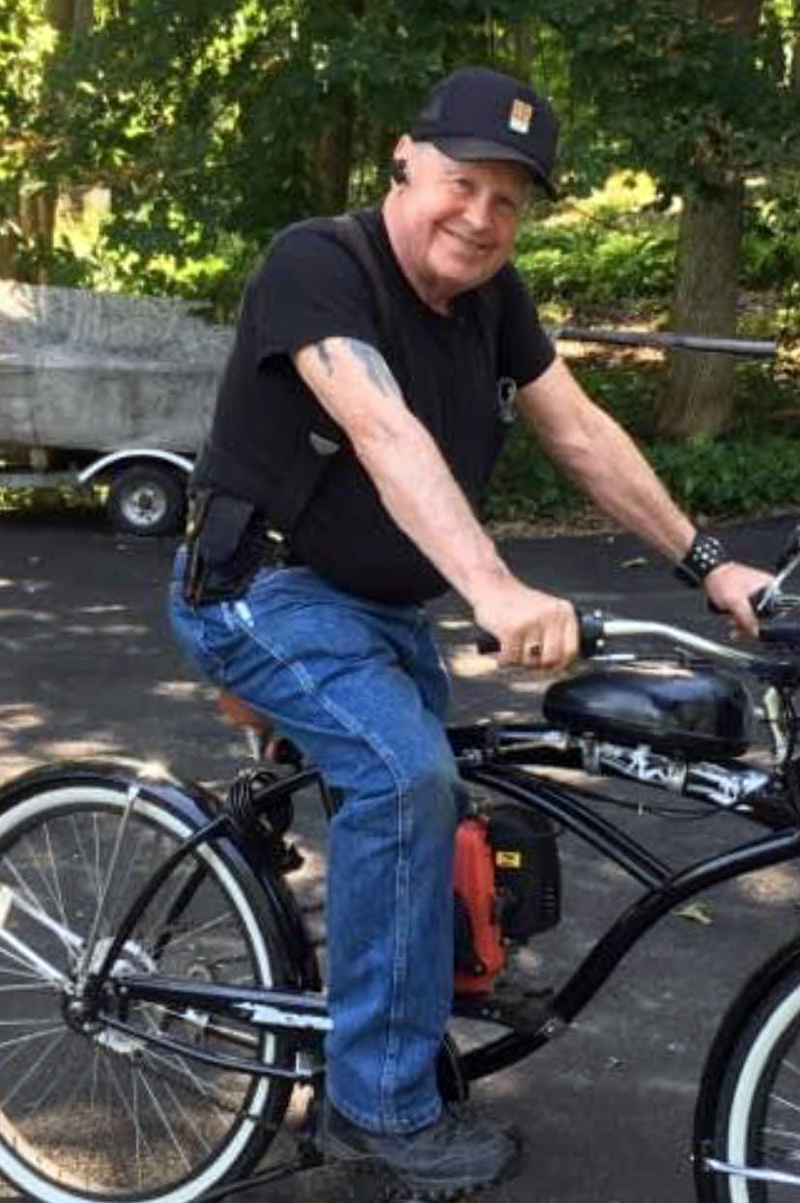 Earl Farnsworth passed away peacefully after a brief illness surrounded by family, friends and beloved pets on Jan. 14, 2022.

Earl was born in Boston, Mass. on Dec. 29, 1943, to Charles and Lucy Farnsworth. Earl spent his early years on the family farm in Damariscotta, where he and his pals (known as “The Round Top Gang”) raised the devil. Earl enjoyed many great memories made with the Clarks, the Batteeses, and the Huntleys.

He was an inquisitive and introspective boy who developed hobbies and interests that lasted throughout his life. These interests included: Coin collecting, radios (including Ham radios), gun collecting, television repair, steam engine restorations, which were just a few of his lifelong passions. He especially enjoyed practicing his marksmanship at the Lincoln County Rifle Range.

Earl worked at Hiram Blakes Camp in Brooksville while still in high school from 1959 to 1961, at David Woods Hen House from 1961 to 1963 and BIW from 1963 to 1974. He then took a job at Louis Doe Home Center in Newcastle, where he was responsible for plumbing, heating, electrical, and appliance repair from 1974 to 1986. He enjoyed his time at Louis Doe’s, and they became like a second family to him. When he struck out to open his own appliance repair business, which he operated from his home in Newcastle, he continued to do per diem work for Louis Doe’s. Earl stayed active and never actually retired from his business – he enjoyed the sociability of all his interactions. That’s the way it was with Earl – if he made a connection through work, clubs or with fellow hobbyists, it was a lifetime friendship. He was loved by his neighbors, family and friends.

Earl was a tinkerer. He could build and/or fix anything mechanical and found great joy in restoring antique radios from his workshop, where he also spent a lot of time reloading bullets and preparing for his time at the Lincoln County Rifle Range. He also built (from scratch) the motor-assist bicycle he could be seen riding down Main Street in Damariscotta on any given sunny summer day.

A celebration of life will be announced at a later date.