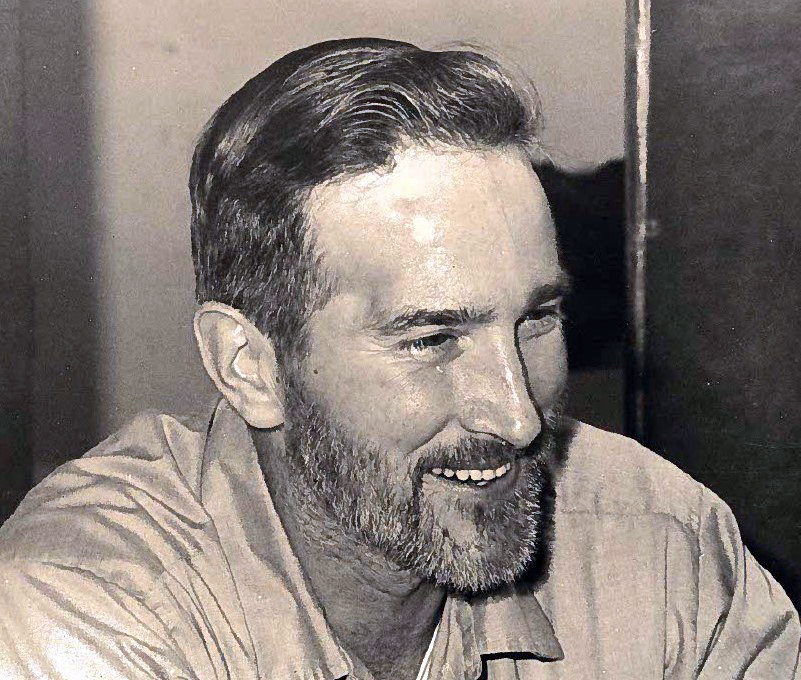 Earl W. Gammon, 90, died May 28, 2022 at the Sussman House in Rockport. He was born April 9, 1932 in Warren to Edwin Gammon and Mildred (Waltz) Gammon. Earl grew up in Warren and graduated from Warren High School. He served in the U.S. Army during the Korean War. Earl married his high school sweetheart Mary Berry in 1953.

Earl was an electrician by trade, which he learned from his father who he followed to Bath Iron Works, where he worked for 43 years until his retirement in 1994. Earl also did many wiring jobs on the side, including his son and daughter’s homes.

During the 1960s Earl raised squash for the Medomak Canning Co. for their One-Pie brand. Earl also ran his rubbish route faithfully every weekend in Warren for 50 years. Keeping prices low or free. He would never ask customers for payment. Earl was a very giving man and would do anything for anybody. He was proud of his family, especially his Gammon and Martin family.

Earl mowed and maintained numerous cemeteries for many years in Warren. Earl was very active in the community of Warren. He was a member of the Warren Tiger Engine Co., a member of White Oak Grange, a Warren selectman, and a MSAD 40 School Board member helping found the Medomak Valley High School building project.

Earl was a proud and devoted lifetime member of the Warren Lodge IOOF No. 127 for 73 years, joining at the age of 17 and holding every office. He was a valuable member of helping start the hot dog stand at Warren Day, which moved to Union Fair where it remains successfully today. He would cook burgers, get supplies and do the books as he was a wiz at mathematics. He was also known for his expertise and love of cribbage and for staying at lodge until the wee hours of the morning to play just one more game. He would have your hand and his hand counted before the cards were on the table.

Earl loved the family came in Lily Bay on Moosehead Lake. He helped his father, alongside many others, build the camp in 1955. There were only dirt roads at that time and access was rough. He and Mary loved spending time there and riding the back roads, especially the ones that weren’t passable by car. Those were the ones he liked to see if he could go through! Much to Mary’s chagrin. He also loved watching the Red Sox and traveling by car. He’d go anywhere he could drive. He and Mary drove around the circumference of the United States on one trip among the many. Even in his later years, he went for a ride every day for coffee and a sandwich. And as everyone knows one of his favorite things was eating. He could eat a whole pie in one sitting if he could get away with it.

Anyone who knew Earl would surely say he was witty and a jokester. He loved to tease everyone, especially the great grandkids. He would do anything for them. He was a good-hearted man who spoke his mind and would do anything for anyone in need. He was predeceased by his parents; brother, Dana Gammon; sister, Avis Luce; daughter, Rebecca Jean Gammon.

He is survived by his wife of 69 years, Mary (Berry) Gammon, of Warren; son, Earl Mark Gammon and his wife, Carol, of Warren, their family Alicia and Terry Costa; daughter, Annette Johnson and her husband, Dana, of Waldoboro, their family Lindsey and Michael Ward, Grace, Clair, Gabriel, and Benjamin, Jill and Lance Lee, Cora and Ivy, Rachel Johnson and Dan Shay, Miley Black, Aleah Shay, and Carson Shay; sister, Norma Abbott and her husband, John, of Ridgecrest, Calif.; four grandchildren; and nine great-grandchildren; and brother-in-law, Willis Berry, of Warren.

A private graveside service with military honors will be held at the Fairview Cemetery in Warren. A gathering of Odd Fellow Family and friends will be held at 5 p.m., Friday, June 3 at the I.O.O.F. Warren Lodge.