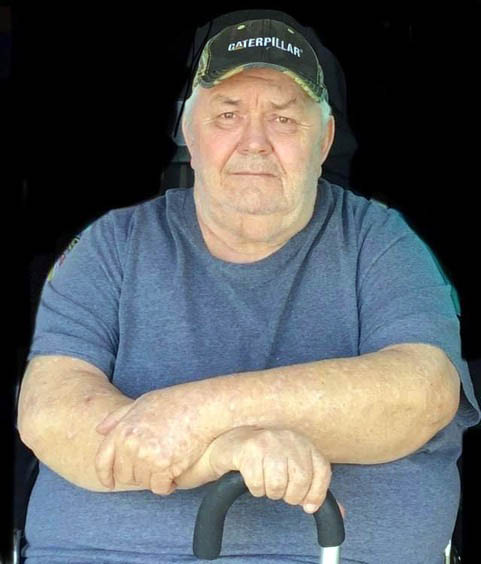 Edgar “Skip” Bowman, 74, passed away on the morning of March 9, 2022 after battling many health complications. He was born on Oct. 18, 1947 in Rockland, the son of the late Edgar Bowman Sr. and the late Barbara Bowman.

Skip attended schools in Warren and Waldoboro. On May 15, 1965 he married the love of his life, Loretta “Bunny” Bowman.

Skip worked many jobs in his life, but before his retirement he worked for the town of Waldoboro. After retirement, Skip found that he had a passion for lobstering, thanks to the Carters, he enjoyed sharing that passion with his grandsons. He also enjoyed helping his grandson Christopher build his own “boat boat boat.”

Skip and Bunny made their home in Waldoboro where they raised their four children. He enjoyed classic country music and taking an annual trip to Moosehead with his wife. He was a simple man; his idea of going out to dinner was going through a drive-thru or saying “bring me home a burger.” He enjoyed taking rides around town with his wife, however, we believe his favorite thing to do was to aggravate our mother. Skip lived for his wife, children, and grandchildren and will be remembered by all that knew him as being devoted to his family with unconditional love.

In addition to his parents, Skip was predeceased by his wife, Bunny; his brothers, Arthur “Squeak” Bowman, and Ernest Bowman; and step-father, Phil Fernald.

Skip is survived by his son, Brian Bowman and his wife, Judie, of Florida; daughters, Kim Sabien and her husband, Chris, and Gina Bowman, all of Waldoboro, and Billie Zelinski and her companion, Kevin, of Oakland; his sister, Connie and her husband, Mike, of Illinois, whom he adored dearly; step-sister, Tammy Fernald, of Florida; and sister-in-law, Debbie Martin, of Union; his grandchildren, the complete lights of his life, Alan, Janessa and her husband Chris, Christopher and his wife, Becca, Amie, Jamie, and Alex; great-grandchildren, his “babies,” Oliver and Roxie; step-grandchild, Savannah and her son, Wyatt; aunts, uncles, nieces, nephews, cousins, and many friends including his good friend, Tom Hildings and family.

Private services will be held at the convenience of his family.

In lieu of flowers, donations can be made in Skip’s memory to the Barbara Bush Children’s Hospital at fundraising.mmc.org/bbch-donate-now; or your local animal shelter.