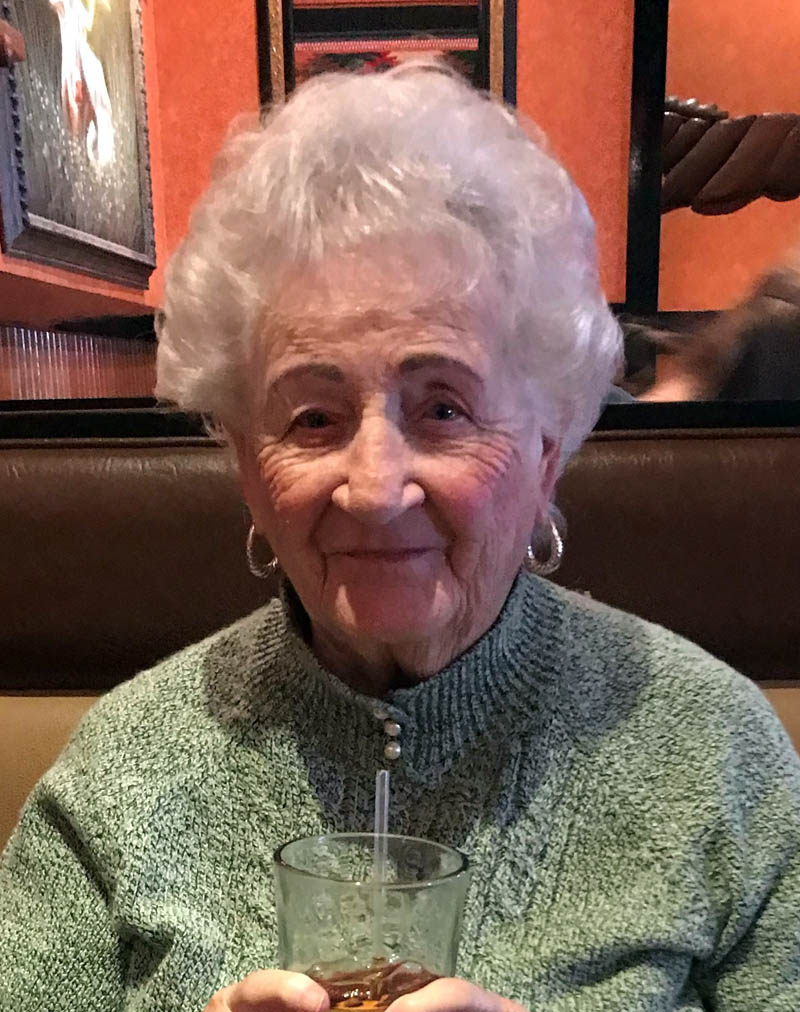 Edna Boynton Creamer, of Waldoboro, passed away peacefully on Aug. 18, 2022, in Damariscotta. She was born in 1925 to Frank and Margaret Mulcahy Boynton in Cranston, R.I. She was a loving wife, mother, and grandmother.

Raised in New Harbor, Edna moved to Damariscotta after high school, working as a switchboard operator. In 1949 she married Russell Creamer. They lived in Florida and Rhode Island while Russell served in the Navy, eventually returning to Maine, and settling in Waldoboro. In the mid-1960s she started working at the Waldoboro Lockers and Deerskin Shop, and eventually retired as the manager over 20 years later.

Edna enjoyed cooking, and especially baking, as well as gardening. She always looked forward to summers at the cottage on Damariscotta Lake and long boat rides. After retirement she and Russ began wintering in Florida, enjoying their time in Venice.

Edna was predeceased by her parents; her husband; and her brother, Fred Boynton. She is survived by her daughter, Heather Audette and her husband, William “Bill,” of Brunswick; grandsons, William “Chip,” of Springfield, Vt., and Colin, of Westminster, Colo.; her sister, Alta Coit, of Arizona; special nephew, Fred (Wesley) Boynton, of Brunswick; and several nieces and nephews.

At Edna’s request there will be no visiting hours. A memorial service will be held at Hall’s of Waldoboro at 10 a.m. on Monday, Sept. 26 with a reception after. Burial to follow after the reception at Shuman Cemetery in Waldoboro.

Hall’s of Waldoboro has care of the arrangements. To extend online condolences, light a candle for Edna, or to share a story or picture, visit their book of memories at hallfuneralhomes.com.