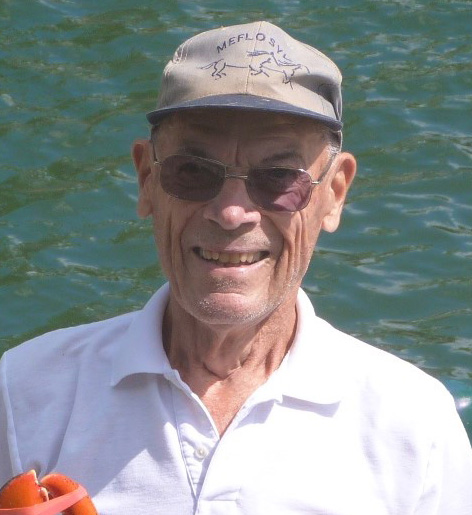 Edward B. Perry, 91, of Edgecomb, passed away on Feb. 29, 2020 from complications with pneumonia at Mid Coast Hospital in Brunswick.

His family moved to Falmouth Foreside where Ed spent his childhood days. He graduated from the University of Maine with a degree in mechanical engineering. He had a long career at General Dynamics Electric Boat, Groton, Conn. and Saratoga Springs, N.Y. He and his wife raised their four children in Mystic, Conn. He lived his retirement in Maine where he spent many happy decades pursuing his various interests on the Maine coast: designing/building his home and dock, where he spent his happiest moments with his oyster farming, boating, and lobstering until the age of 90. There were constant celebrations with family and friends with his special lobster bakes. His motto was “Wooden Ships and Iron Men.”

Ed is survived by his children, Linda Perry of Edgecomb, Susan Kneisley and her husband Larry of Manhattan Beach, Calif., Nancy Perry of Mystic, Conn., and Thomas Perry and his wife Lauretta of S. Dartmouth, Mass.; as well as his grandchildren, Andrew and Elizabeth Kneisley, and Thomas Perry.

At Ed’s request his body is donated to the University of New England for the advancement of science.

A memorial will be held at a later date.

Everyone will remember him as a devoted dog lover. Donations in his memory may be made to Midcoast Humane, 190 Pleasant St., Brunswick, ME 04011 with “In memory of Ed Perry” on the memo of any checks submitted.