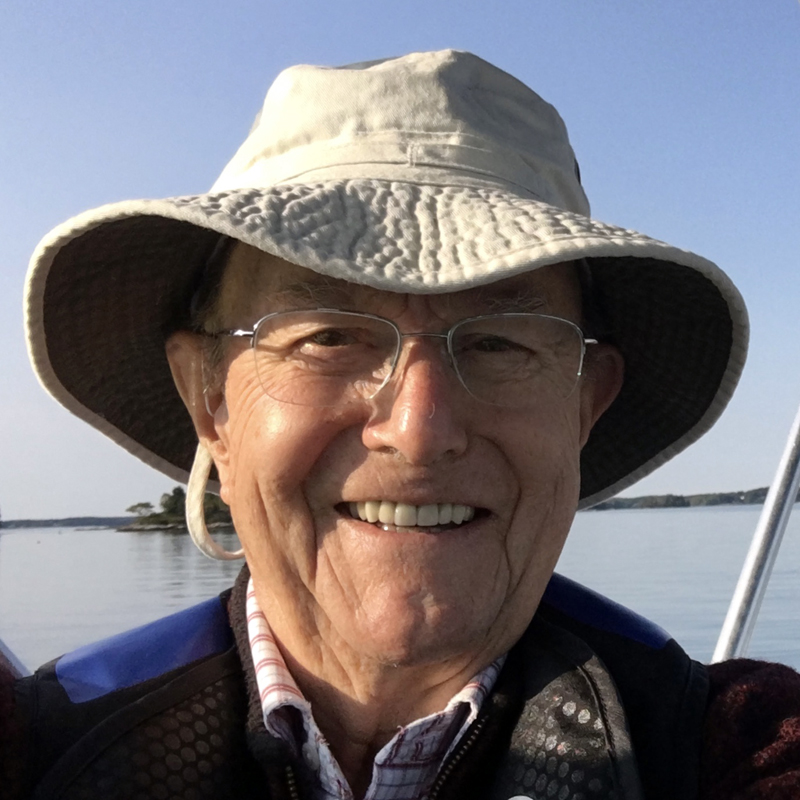 Edward Bixby Furber, of Southport, passed away Wednesday afternoon, Oct. 16, 2019 at the age of 90, surrounded by Elizabeth, his wife of 60 years, and his sons Bill, Tom, and Win, who have loved him dearly and always will.

Ed gave people the benefit of his full attention. He looked for the good in everyone and was rarely disappointed. He loved to putter in his barn workshop and out. He loved to sail and piloted a succession of power boats named “Lucky Penny” on trips with Liz and family and friends. Most of all, he drew far more enjoyment from giving than receiving, and the most constant joy of his life was watching others grow and helping where he could.

Ed was the middle son of Alan and Edith Furber and grew up in Milton, Mass. He graduated from Thayer Academy, Middlebury College and the US Army’s Officer Candidate School and received a certificate in management from Harvard Business School. He was president of each of his senior classes. He believed in civic duty and a local municipal or charitable role brought him home late at least once per week everywhere he lived.

At 40 he changed careers, moved back to New England, and became head of marketing and investor relations at two regional commercial banks. He was senior in national professional associations and retired at 61 to Southport. Ed often said that every day of his retirement was so wonderful that each one was “like finding it in the street.”

Ed is also survived by Tom’s and Bill’s wives Laura and Liz and Win’s former wife Cordelia Pitman and his grandchildren, Aly, Clementine, Jack, Jillian, Kate, Miles, and Stassy, all of whom he loved greatly, as they love him. Ed was predeceased by his older brother, Alan, of Richardson, Texas; and his younger brother, Lincoln, also of Southport; and is survived by Al’s wife Alice and children Tory and Paul and their families, and Link’s former wife Eloise and children Edith Zhang and Sarah McGovern and their families.

A service will be held at the Southport Methodist Church on Southport Island at 1 p.m. on Saturday, Oct. 26. Ed suggested wearing the clothes you wore when you last saw him, assuming you’ve washed them since and feel comfortable in them.