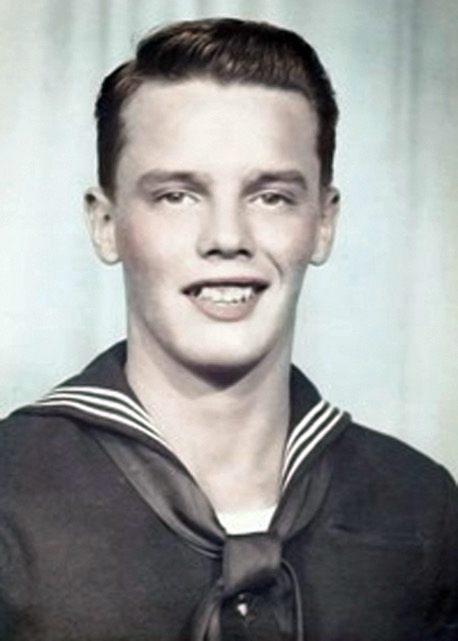 Edward “Buddy” Poland, husband to his late wife Gwendolyn, and father to his four sons, Buddy Jr., Frank, Michael, and Dana, passed away on the morning of Dec. 21 at the place he wanted to be, his home, after a long illness. Born in Round Pond on Oct. 30, 1932, the eldest of the four sons and three daughters of Frank and Marjorie (Gorham) Poland, he not only grew up in, but also became a “center” of the village.

After serving in the U.S. Navy during the Korean War, aboard the USS Myles C. Fox, he came home, got married, and worked at Sylvania while also lobstering from a skiff before going “all in” on lobstering in 1962 with the launch of the Skimmer, a 32-foot lobsterboat that he helped build. Having learned how, he went on to build three other lobster boats, two for himself and one for his son Frank.

Successful at lobstering and shrimping, he started Round Pond Lobster in 1986, buying and selling lobsters from his wharf. He kept on lobstering, with his wife Gwen along as sternman, in the 38-foot Amity until the 2008 heart surgeries forced him to stop. He healed up enough to get one last summer in 2009 before retiring.

Whether you needed a net mended, some welding done, or some boat carpentry, he was ever free with his time. Around his table there was no shot glass needed. He enjoyed sitting down to a card table for rounds of pinochle or poker, and became a regular at the local American Legion’s Sunday afternoon Texas Hold’em events the past few years.

Predeceased by his wife Gwen, who passed away this past September, his parents and his sister, Marie of Round Pond, he is survived by his four sons along with grandson, Benjamin of Portland and granddaughter, Clara of Hayward, Calif. His sister Kathleen and a brother, Jon, were very helpful during his final months.

A time to visit with his family will be held from 5-7 p.m., on Friday, Dec. 27 at the Strong-Hancock Funeral Home in Damariscotta. A memorial service will be held at 1 p.m., on Saturday, Dec. 28, at the Little Brown Church in Round Pond. He will be laid to rest privately in the Maple Grove Cemetery in the spring.

Arrangements are under the direction and care of the Strong-Hancock Funeral Home, 612 Main St., Damariscotta. Condolences, and messages for his family, may be expressed by StrongHancock.com.