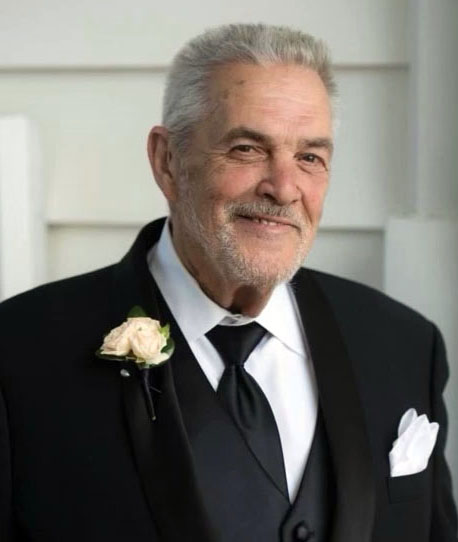 It is with great sadness we announce the passing of Edward Jonas Gildersleeve III, beloved husband, father, poppy, great poppy, and friend to many. He passed away on Oct. 5, 2022 at Mid Coast Hospital in Brunswick.

Ed was born on Feb. 26, 1935 to Edward J. Gildersleeve and Catherine (Percent) Gildersleeve. He was born in Caldwell, N.J. and later moved to Long Island, N.Y.

Ed worked for 17 years at Lomenzo’s Garage in Corona Queens “The Iron Triangle.”

In 1970 he became an auto shop teacher in his local school district Middle Country and taught there for 36 years. He was loved and admired by many of his students. To this day they still stop by his house.

He was a man of many talents and hobbies. There was nothing he could not do or fix. A lifelong hobby.

In woodworking culminated with him building his retirement home in New Harbor/Pemaquid Point, where he enjoyed summers with his family along with more and more of his life in later years.

He was captain of, and sailed, fishing charters out of Lindenhurst N.Y. for many years. He loved the sea.

Photography was a passion of his as well. He especially loved taking pictures of his grandchildren and quickly became known as their paparazzi. He was never without his camera and we have so many beautiful memories because of this. Ed and his wife loved to travel and have been all over Europe.

For many years they enjoyed camping. They camped all over New England, Prince Edward Island, and Nova Scotia. It was during these camping trips that they came upon Lake Pemaquid Campground and fell in love with the area. It was shortly after this that they bought the property their house is on today. Never one to stay idle, Ed developed a keen interest in personal computers and never stopped trying to learn more about his interests. As a young boy, Ed suffered an injury that would leave him deaf in his left ear for the remainder of his life. He overcame that and developed the ability to read lips such that very few people knew of his deafness. He also learned a love of music and enjoyed it most when he could feel it. He was a huge animal lover. He especially loved his cat, Willy. First thing every morning you would see Ed with his cup of coffee and sharing his donut with Willy. Ed’s faith was very important to him. He was a deacon and an assistant minister.

He loved his volunteer time at the Pemaquid Point Lighthouse. He was a true people’s person and enjoyed talking to people who would come to visit from all over the world. With all that he had achieved in life his greatest joy was his Family.

In the end Ed took with him a lifetime of memories, stories and love and he left behind countless lives touched by memories of him entertained by his stories and filled with the love he shared.