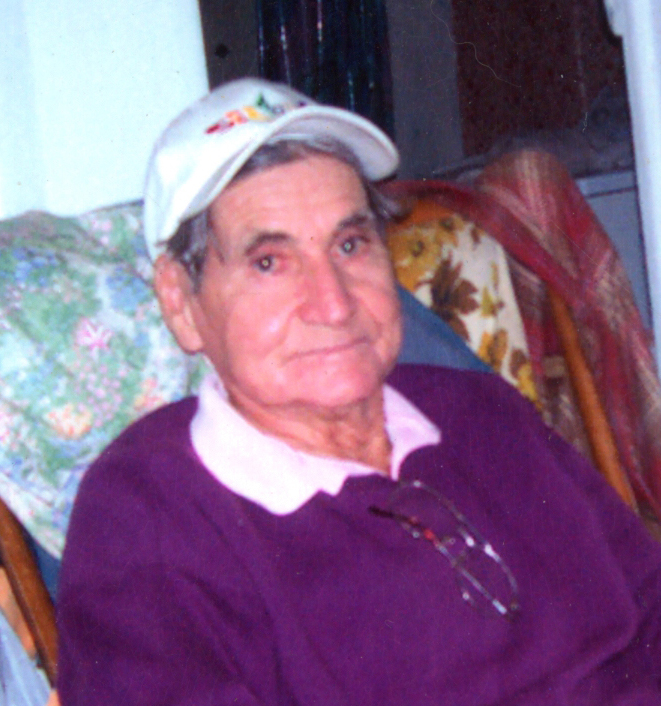 Born in Whitefield where his parents were working at logging mills at the time. He grew up in a large family – they moved frequently from town to town that supported the lumbering industry at the time.

His list of siblings in the past and present include Jannet Gurtrude, Mary Rebecca, Pauline, Evaline, Louis, Madeline, Arlene, Charlene, Arthur “Jimmy,” and Philip.

His home before going to WWII was East Union. That became known as “Cow Path No. 11” as our government couldn’t figure out where he lived because no street name: So he gave them one.

He attended schools wherever his parents’ work took him. He remembers going to school in Jefferson, walking barefoot with his siblings, and the county fairgrounds.

His schooling included a GED, going to Knox County General Business College with an associate in business.

He was always proud of himself that he was never without a job: as a kid, weeding, working in gardens and picking berries, CCC Camp in Alford, WWII Marine Corps in the South Pacific and China, Thomaston Cement Plant, worked at various restaurants and on chartered ships as a cook, King’s Diner, lobstering, his TV repair shop, he owned King’s Pizza and catering and vending, taxi service, State of Maine Department of Transportation, a construction company named Bumble Bee owned by Erkie Fish, Mariner’s Paving, various bell hopping in Palm Beach hotels of Florida, he worked at the Jimmy Dean Baseball Field where Mark McGuire practiced, where he got baseballs, and airport security of West Palm Beach International.

He was married to June Phillips in 1946, after World War II, for 52 years. Becoming a family man, he was stepdad to Katherine “Kappy,” who was married to Arnold Hill, grandkids, Janice and Jamie plus great-granddaughter, Sarrah; and great-grand kids.

He had lived with his son, Edward and wife, Carlene for many years going back and forth from Florida to Maine for more than 55 years.

He and his wife semi-retired at West Palm Beach, Fla. and upon June’s death, he moved to Avon Park, Fla. He loved it and made many friends and had family nearby.

Besides his son, Edward, and daughter-in-law, Carlene, he is survived by granddaughters, Jolene and husband, Chad; grandsons, Seth, Garrett, and Connor; granddaughter, Nadean; and great-grandsons, Nathan and Kevin; daughter, Kathleen; and granddaughters, Kristen and Haley; granddaughter, Sonya and her children and grandchildren; and many nephews and nieces remembering him as a great uncle and man; and siblings, Charlene Wallace, and Philip King.

He was predeceased by daughter, Karen.

During WWII era, he was proud of being a marine and helping his brothers and sisters in combat. His military duty was very important to him. Most of the time in the South Pacific islands and then China Marine because his military stint not up when WWII ended.

He was a member of the 4th Degree Knights of Columbus and American Legion. He was very proud to have served his country.

He spent oodles of time in Rockland and Avon Park.

The family appreciates Linda and Stan for allowing him to stay in his Avon Park home for as long as possible. It was all teamwork.

His dear friends Fenton, Jerrie Priest, Ernest Douglas “Tommy Tin Can,” and neighbors up and down Elvis Presley Boulevard.

He will be greatly missed by his close family, all the gatherings and great times remembered and he loved them all.

Burial will be at noon, Saturday, Oct. 29 at the Coughlin Cemetery in Rockland.