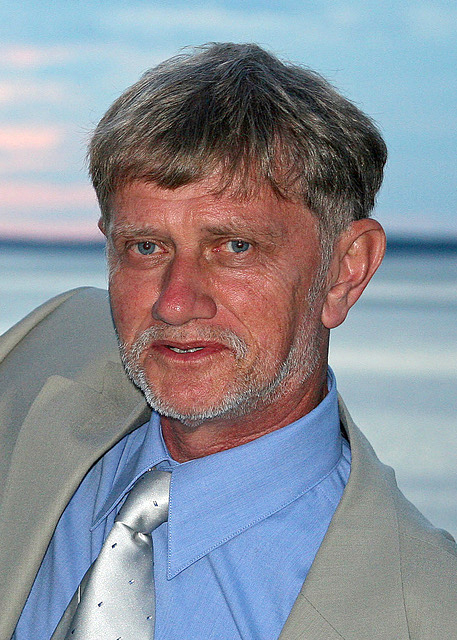 Edward Walther was born in New York City to two amazing parents, Thomas and Ann Rose O’Rourke Walther. He had a fantastic urban childhood playing with his sister, brother, and many cousins on the building’s rooftop tar beach. Edward served in the 7th Division of the U.S. Army during the Vietnam era with a specialty in meteorology. He survived serious burns from the explosion of a hydrogen weather balloon he was launching and a fall from a shelter construction. It wasn’t until he later moved to Maine that he received wonderful care and recognition at the Togus VA in Augusta.

Edward married Erica Dale on Nov. 26, 1971. Erica, a teacher, encouraged Ed to attend college on the G.I. Bill. Probably one of his most important accomplishments and inspiration to others is that he completed a Bachelor of Arts degree in accounting at Queens College at night while working full-time at Warner Communications, supporting a wife and two young children (Jennifer and Gregory), and facing the challenges of Type 1 diabetes.

Ed went on to work at Beth Israel Hospital as a director in the accounting department for 25 years. Each summer vacation he would drive to Maine, mostly in a 1969 Plymouth Valiant with the family, always staying in the Bristol area and then venturing Down East to Sullivan. Erica finally encouraged Ed to move to Maine and they purchased a home on Bristol Road next to their wonderful neighbors, the Weeks family. Ed obtained an accounting position at St. Andrews Hospital and always said it was his favorite with a great view and co-workers. After work, he could be seen either mowing the lawn on his John Deere or raking his roof.

Edward is survived by his proud wife of 48 years; his daughter, Jennifer and her husband Lonny, and his grandchildren Emily, Jackson, and Stella; son, Gregory and wife Katy and his grandchildren Max and Harry; his sister, Kathleen Altomare; and nephews, Jim and Brian and their families; nephews, Thomas, Gary, and Larry; niece, Regina; and the memories of his brothers, Michael, Roy, and Tommy; and brother-in-law, James Altomare.

A celebration of Ed’s life will be held in better times.

In lieu of flowers, donations may be made to the Juvenile Diabetes Research Foundation, 200 Vesey St., 28th Floor, New York, NY 10281.