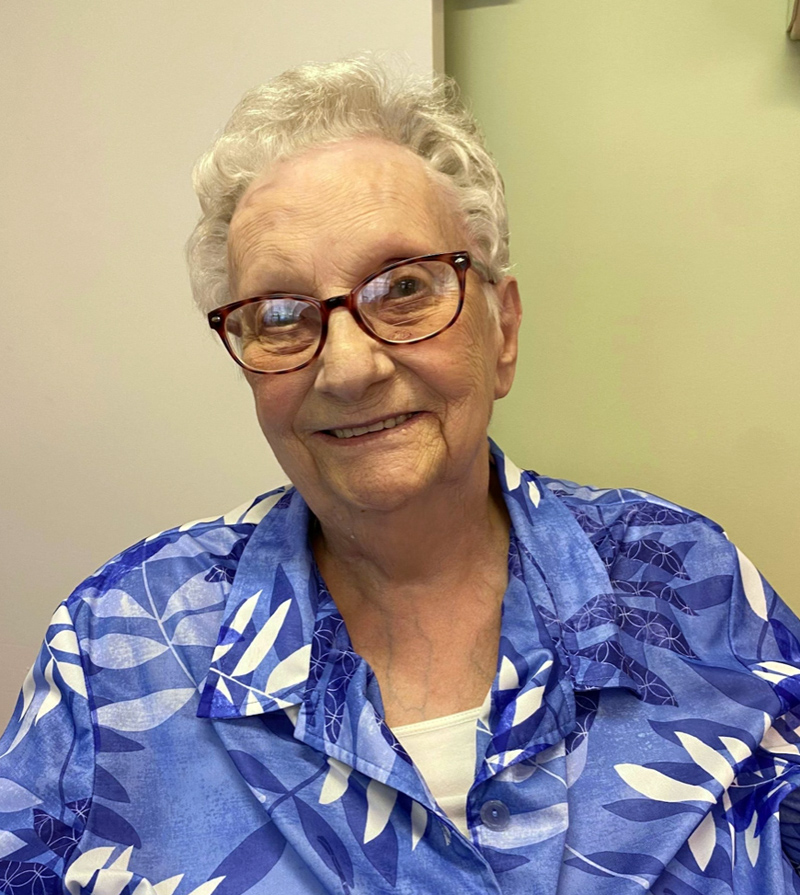 She was born in Lynn, Mass., on March 14, 1935, the daughter of Carl and Patricia (Ringer) Foster of Damariscotta. Along with starting a family, the young couple divided their time between employment opportunities in the shoe shops of Massachusetts in winter and carpentry and lobster fishing in season back in Maine in Damariscotta and on Swans Island.

In 1953, Joyce was introduced to a dashing young sailor from Meriden, Conn., at the Navy base in Brunswick. She and Alfred Brechlin were married a few months later and eventually settled in Connecticut where they raised five children (two sets of twins) and were active in community organizations including Eastern Star, the local volunteer fire department, and the First Congregational Church.

After divorcing in 1972, Joyce returned to Maine. In 1973 she married Charles “Chuck” Parmelee. Settling in Waldoboro, together they built one of the largest carpentry and contracting companies in the mid-coast area, C.B. Parmelee Inc. Joyce was also one of the first women in Maine to become a full member in Rotary International which had previously only allowed men to be members.

In retirement, the couple lived for a time on Dyer Long Pond in Jefferson, where Joyce volunteered at the elementary school, including knitting dozens and dozens of pairs of mittens for children who came to school without them.

In 2005 they moved to Bar Harbor where they lived for several years before Joyce returned to the Damariscotta area around the time of Chuck’s passing in 2010.

While exploring the world of online dating, Joyce, then 79 years old, met a fellow Methodist Lay Minister, Ronald Slicer, on christianmingle.com. They married in Damariscotta in 2015. They were active members of the Methodist Church where Joyce founded a pet food pantry that grew to serve more than 100 families.

Health challenges following a broken hip several years ago, resulted in Joyce moving to Cove’s Edge Nursing Home in Damariscotta where she enjoyed keeping track of her eight grandchildren and 14 great-grandchildren. Injuries sustained in a serious fall, resulted in a rapid series of complications that ended in her passing away last week with family by her side.

Joyce is survived by her children, Patricia Brechlin Lane, of Newcastle, Barbara Saunders and husband, Doug, of Tenant’s Harbor, Dale Brechlin and wife, Jane, of Seaside, Ore., and Earl Brechlin and wife, Roxie, of Bar Harbor; her husband, Ron Slicer, of Damariscotta, and his daughter, Kim, and son, Stephen, of Vermont.

She was predeceased by her parents; brothers, Terry Foster of Ojai, Calif., and Donald Foster, of South Bristol; her first two husbands; and son, Carl Brechlin of Meriden, Conn.

At Joyce’s request there will not be a funeral or memorial service. In lieu of flowers, donations can be made to your local pet food pantry or animal shelter.