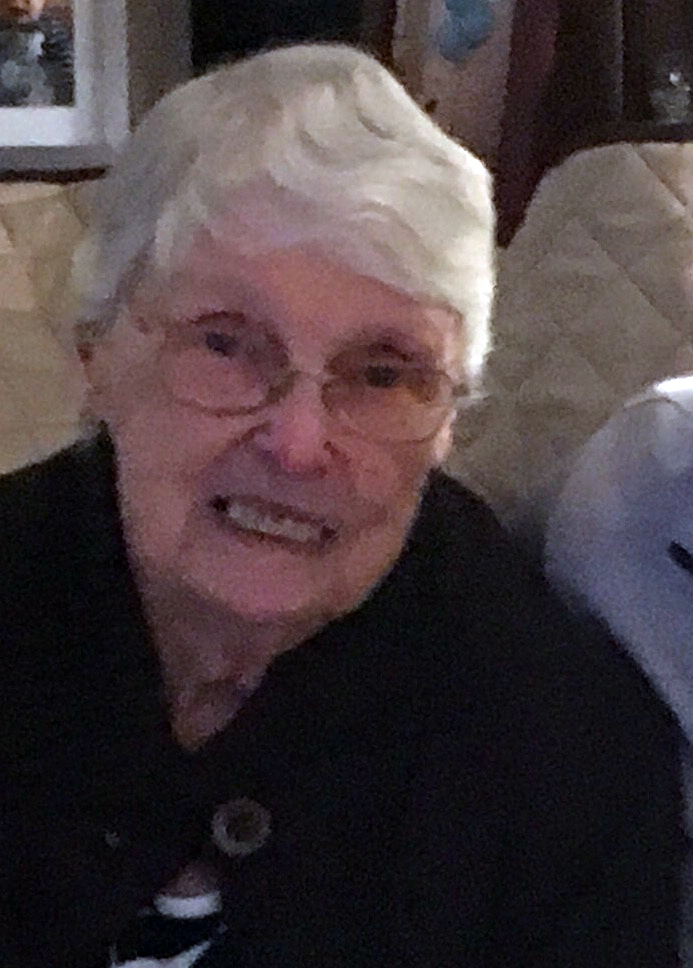 Never one to miss a family get-together, Elaine Hilton Jones passed away at 11:15 p.m. on July 28, 2020, in time to celebrate a heavenly 85th birthday with beloved family and friends who passed before her.

Elaine was born in Waldoboro on July 29, 1935 to Wilbur K. and Elizabeth Brown Hilton. She graduated from Waldoboro High School in 1952 and attended Whidden Memorial Hospital School of Nursing in Everett, Mass.

Elaine worked as a secretary for the SAD 40 superintendent of schools, in medical records at Knox General Hospital (later Penobscot Bay Medical Center), and for Dr. Chris Manning. She eventually retired from Knox Center for Long Term Care in Rockland and spent the rest of her life doing what she loved best: caring for and spending time with her family and friends. Elaine never forgot a birthday, and every Christmas party included her homemade pumpkin and zucchini bread, donuts, and pickle rolls. She hand-stitched quilts and crocheted afghans for all of us, and she left behind enough crocheted hanging kitchen towels to keep our hands clean for generations!

Never one to seek the spotlight herself, Elaine made an effort to attend every basketball, baseball, soccer, and softball game, musical concert, and dance recital to cheer on someone she loved. Though her family is now spread across the country, she followed our every move on Facebook and was often the first to like a pic or comment on a post! We all knew “Gram” was watching and that we had a home in her heart.

Elaine also liked to travel — so much so that she would start packing her suitcase months before a flight. In addition to time at a camp on Damariscotta Lake that her father built, Elaine especially enjoyed road trips to watch her youngest son play basketball and scrapbooking and bus trips with her daughters. While visiting her eldest son in the Navy, Elaine fell in love with the Hawaiian Islands (and Tom Selleck!) and made several return visits — once organizing a surprise family Christmas on Oahu.

Elaine was independent, strong, and determined, and cancer was no match. She looked forward to her “treatments,” where she made new friends and would then go out to eat.

She died as she lived — peacefully at home, surrounded by family. In addition to her parents, Elaine was predeceased by her brother, Damon, and his wife, Elsie. She is survived by her daughter, Debbie Kelley and her husband Gene of Damariscotta; son, Chuck and his wife Tammy of Oakland; daughter, Betsy MacDonald and her husband Paul of Camden; and son, Mark and his wife Lori of Tewksbury, Mass. While she will be missed by all, including her many grand, great-, and great-great-grandchildren, a niece, nephew, and several cousins, we will forever carry her memory in our minds and her love in our hearts.

A celebration of life will be held later.

In lieu of flowers, the family suggests memorial donations be made to the American Cancer Society.