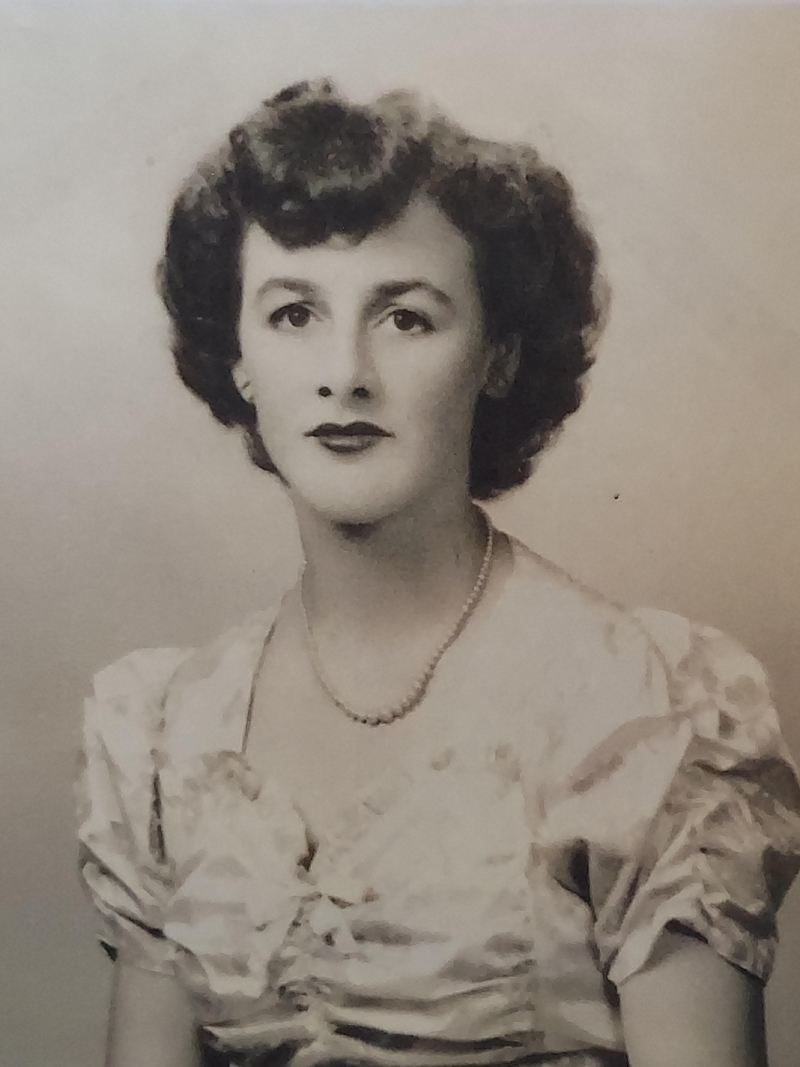 Eleanor Joyce Benner Martin, beloved wife of Carroll F. Martin, died March 29, 2022 at LincolnHealth’s Miles Campus in Damariscotta holding the hand of her lifelong love Carroll. She was born in Nobleboro, Nov. 21, 1927 on the Benner family homestead, a daughter of Otis B. Benner Sr. and Ida E. Jackson Benner. She and her husband wintered in Ocala, Fla., and summered at Searsport and Nobleboro.

Mrs. Martin was a 1945 graduate of Waldoboro High School and was class historian. She was a majorette for the high school band and a cheerleader for the basketball teams. She graduated from Rockland School of Commerce in October 1957. She was a former member of Knox-Lincoln County Extension Association; past president of the Warren Health Council; Sister of Mystic Rebekah Lodge of IOOF in Warren; and was employed at Paragon Button Factory in the grinding and finishing room; Medomak Canning Co., and Sylvania Electric Co. in Waldoboro.

After moving to Searsport with her husband and son, Darrell, in 1962, she was employed by Corn Products Co., International, Inc., as a switchboard operator; laboratory technician for Dr. Everett Bryant; and, later as a private secretary for Penobscot Poultry Company in Belfast, until its closing. She was then employed as an optometric assistant to Dr. Everett Porter, in Belfast until her retirement.

Mrs. Martin was an avid genealogist, homemaker, and devoted wife, mother, grandmother, and great-grandmother. She was formerly affiliated with the Baptist Church in Waldoboro as a Sunday school teacher and was a book critic for several book publishers.

Besides her husband who was her high school sweetheart and companion for 75 years, she is survived by her one son, Darrell O. Martin, and his companion, Linda Duncan, both of St. George, and Myrtle Beach, S.C.; two grandsons, Daren C. Martin and his wife, Melanie, of Union, and Dean C. Martin and his wife, Kali, of Warren; great-grandchildren, Hannah R. Hewes, of Rockland, and Cameron D. Martin, of Warren; the mother of her grandsons, Paulette Martin, of Rockport; brothers, Ronald L. Benner, of Union, and Robert A. Benner, of Waldoboro; cousins, Murial Aker, of Nova Scotia; Janet Hallowell, of Bar Harbor, and Bruce Atkinson, of Georgia; as well as many loved nieces and nephews. Mrs. Martin was predeceased by her sister, Sylvia S. Buck, of Lincolnville; brother, Otis B. Benner, of Waldoboro; sister-in-law, Anita French Benner, of Union; and cousin, David Benner, of Nobleboro.

“Across the years I will walk with you … in deep green forests; on shores of sand; and when our time on earth is through, in heaven too, you will have my hand.”