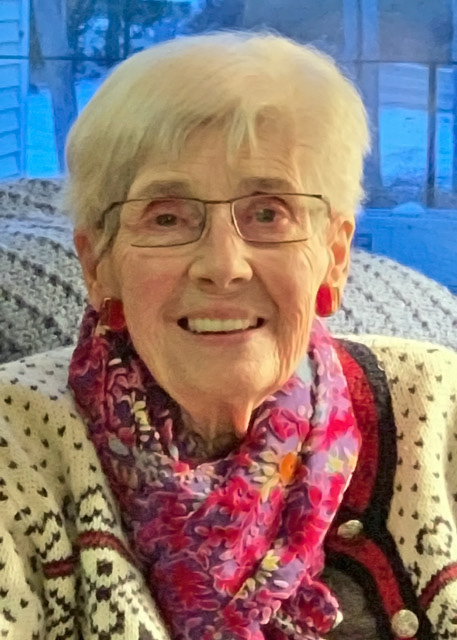 Eleanor Ricker Bickford O’Donnell died peacefully on Dec. 27, 2020 at the age of 90 at her latest residence, The Lincoln Home in Newcastle.

Eleanor was born on Feb. 5, 1930 in Nobleboro. She was the daughter of Bertram Ricker and Mildred Stackpole Ricker (Vannah) and stepdaughter of Hudson Vannah. She grew up in Nobleboro and graduated from Lincoln Academy in Newcastle in 1947. After graduating from Lincoln Academy, she attended Simmons College. Times being as they were, she transferred to Chandler Secretarial School in Boston, an education that served her well.

As an adult, she attended Pace University in New York, and took many senior college courses. Eleanor always valued education and made sure that all her children had the opportunity to attend college despite the sacrifices this required. She has continued to support her grandchildren’s education, as well.

In 1950, Eleanor moved to Bangor to begin her career, but then met her first husband, John Bickford, had three children, and stayed home for several years to raise them. They moved several times for her husband’s career. Again, circumstances led to unexpected change when this marriage ended. Eleanor settled in the Syracuse, N.Y. area, re-entered the workforce, and established a career in the corporate world to support her family. Her love and strength rarely wavered as she raised her children as a single working mother and continued to nurture her many friendships.

In 1975, her career brought her to live in Mamaroneck, N.Y. and work in Manhattan. Her faith was also important to her and she practiced it daily. She was involved in her church choir and the Single and Divorced Catholics group. She also developed a love of travel and embarked on adventures in Africa, Europe, Central America, and across North America bringing back photos, friendships, and gifts for friends and family.

Upon retirement, in 1995, she returned to Nobleboro and the cherished home on Pemaquid Lake that had been her late father’s. The return to her hometown gave her an opportunity to live near her mother and stepfather during their last years. She reconnected with childhood friends and involved herself in community and church activities. These are too numerous to name, but she had a special connection to Lincoln Academy, the Nobleboro Historical Society, and St. Patrick’s Church, where she met her second husband, Aloysius O’Donnell of Waldoboro.

Eleanor will always be remembered for the love, joy, and stability that she gave her family. Her capacity to embrace the many changes in her life remains an example for us all.

She was predeceased by her parents; her son, Michael J. Bickford; her daughter-in-law, Carol Lessard Bickford; and a sister, Karine Ricker, who died in infancy.

Eleanor is survived by her husband, Al O’Donnell of Waldoboro; his five children, and his extended family. She is also survived by her daughter, Patty Bickford Alfieri of Nobleboro and husband Jim; her son, Jim Bickford of Portland and his partner Charles Grindle; her daughter-in-law, Joanne Bickford of Waitsfield, Vt.; and former daughter-in-law, Joy Knowlton of Bristol. Eleanor will be missed by her eight grandchildren, Amy Landry (Tom) of Portland, Emily Goeltz (Tim) of Winthrop, Mass., Robin Alfieri (Mark Cicola) of Maynard, Mass., Sam Alfieri of Olympia, Wash., Zeke Bickford of Burlington, Vt., Hudson Bickford of Maynard, Mass., Lydia Field of Allston, Mass., and Ben Field (Sarah) of Hawaii; as well as her three great-granddaughters.

Due to COVID restrictions, funeral services will be private. In lieu of flowers, please consider donations to The Lincoln Home, 22 River Road, Newcastle, ME 04553; or to Lincoln Academy, c/o  Development Office, 81 Academy Hill, Newcastle, ME 04553.