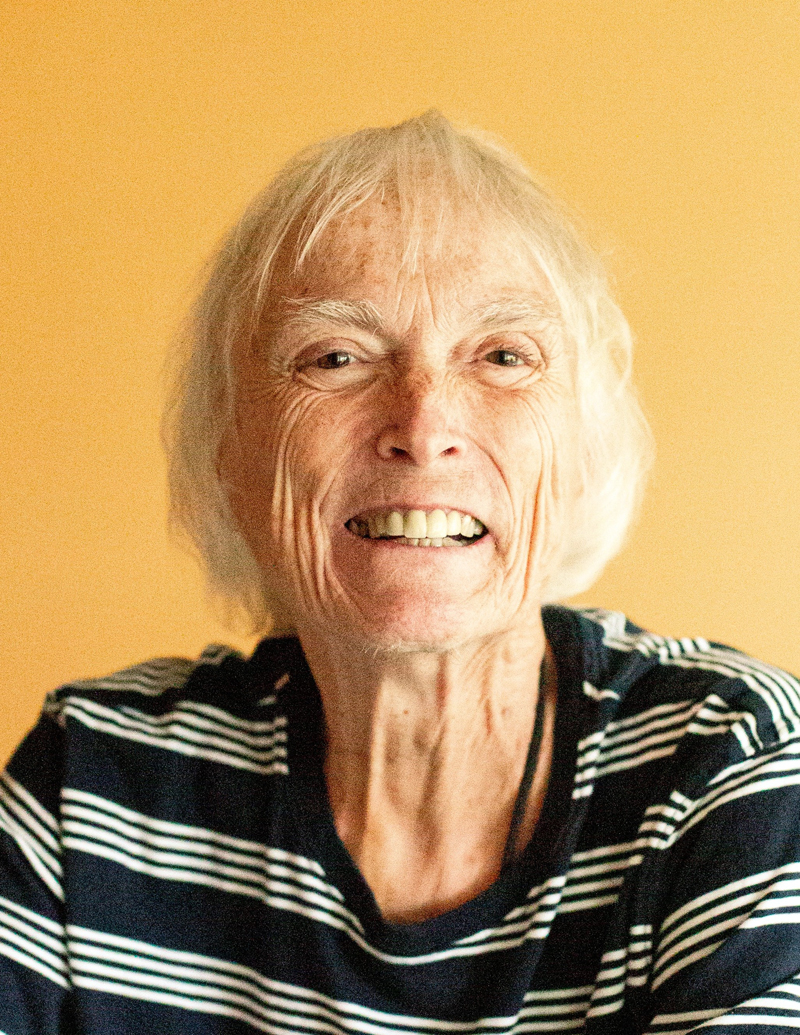 Elizabeth “Betsy” Pomerleau Wooster died peacefully from pancreatic cancer at the Sussman Hospice facility in Rockport. It was a quiet morning with the sun illuminating the mounds of snow after the blizzard. This luminescence was a fitting tribute to Betsy’s life of dedication to family, friends, community, and politics.

To have known Betsy is to have experienced her organizing and leadership skills that drew you into a vortex of activity, whether it be for New Hope for Women in Rockland, the SAD 40 school board, the Lincoln County Democrats, the Waldo Theatre, the town library, the local garden club, or the Broad Bay Congregational Church. Her major focus for many years was building the local Democratic Party through fundraising and community organizing. Her wonderful humor, wisdom, and empathy made her a treasured friend to scores of people.

Betsy grew up in her beloved town of Jackman with her parents Lauriana Bartley Pomerleau, Armand Pomerleau, and two older siblings, Margaret and Dolly. Her interest in politics began in high school at Sacred Heart Academy when she started tracking political candidates and their positions. She was influenced by politicians such as Ed Muskie and George Mitchell, who would stop in at her home during their campaign tours.

She graduated with a bachelor of arts in French and French literature from the University of Southern Maine. Shortly thereafter, she met and married Ted Wooster, a young pharmacist from Waldoboro. Here she made her home for 50 years and raised her two children, Anne Dolores Wooster and Luke Armand Wooster.

Betsy was a superb gardener, loved to play bridge and mahjong, and especially enjoyed traveling, mainly to France.

She is survived by her children, Anne Wooster and partner, Steve Peaslee, and Luke Wooster and his wife, Jennifer Waldron; grandchildren, Amelia and Jonas Metcalfe; and her sister, Dolly Pomerleau.

Betsy’s immediate family, a vast group of cousins, and an even larger number of friends mourn her loss and will remember her with love and gratitude. Rest in peace, dear Betsy.

The memorial service will be at 1 p.m. Monday, Feb. 7, at Broad Bay Congregational Church in Waldoboro. Masks are required.

In lieu of flowers, Betsy suggested that you may make a donation to Broad Bay Congregational United Church of Christ, 941 Main St., Waldoboro, ME 04572 or a broadbaychurch.org.

Funeral arrangements by Hall Funeral Home in Waldoboro. To participate via Skype, sign in as a guest at the funeral home with the following link join.skype.com/gJ6RDcnfnAdC