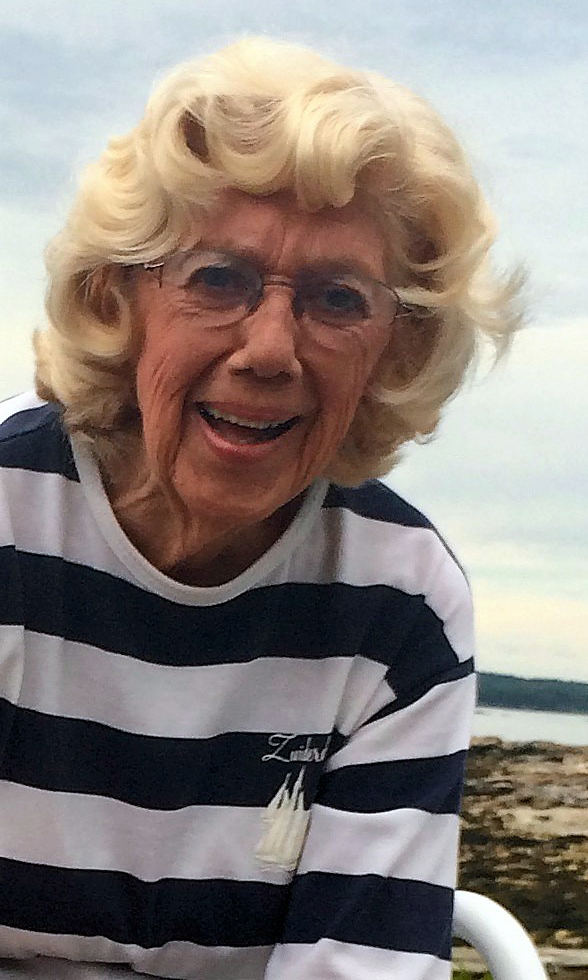 Elizabeth (Furman) Prescott passed away peacefully in her home on the Pemaquid Trail at high noon on Oct. 13.

Betty, born on Feb. 6, 1926, was the daughter of Doris Partridge and Ross Furman. She spent her formative years in Newton, Mass. and summered in Pemaquid at the Fort House. After graduating from Newton High, she attended Monticello Junior College in St. Louis, where she added to her growing list of life-long friends. Betty then called Cambridge and Newton, Mass., Ridgewood, N.J., Damariscotta, and eventually Pemaquid Beach her home towns.

Betty was married to Richard Prescott for 22 years, and enjoyed entertaining friends in Damariscotta, Christmas Cove, and on the Pemaquid Trail. She loved to travel, and saw much of the world. She enjoyed, and was very grateful for, her winters in Florida, and had many close friends on Singer Island. She appreciated the Bristol Area Library, and was active for decades as a Willing Worker, member of Fortnightly, Miles Hospital League, with her knitting groups, and much more. She was full of gratitude for the wonderful life that she had, and she was generous, full of fun, and ready to bend your ear with a detailed story – especially at five past 5 p.m. Her friends and family were everything to her, and her house was often full of children, grandchildren, music, and animals.

A life celebration will be held from 3-5 p.m., Sat., Nov. 4 at the Willing Workers Hall in New Harbor.