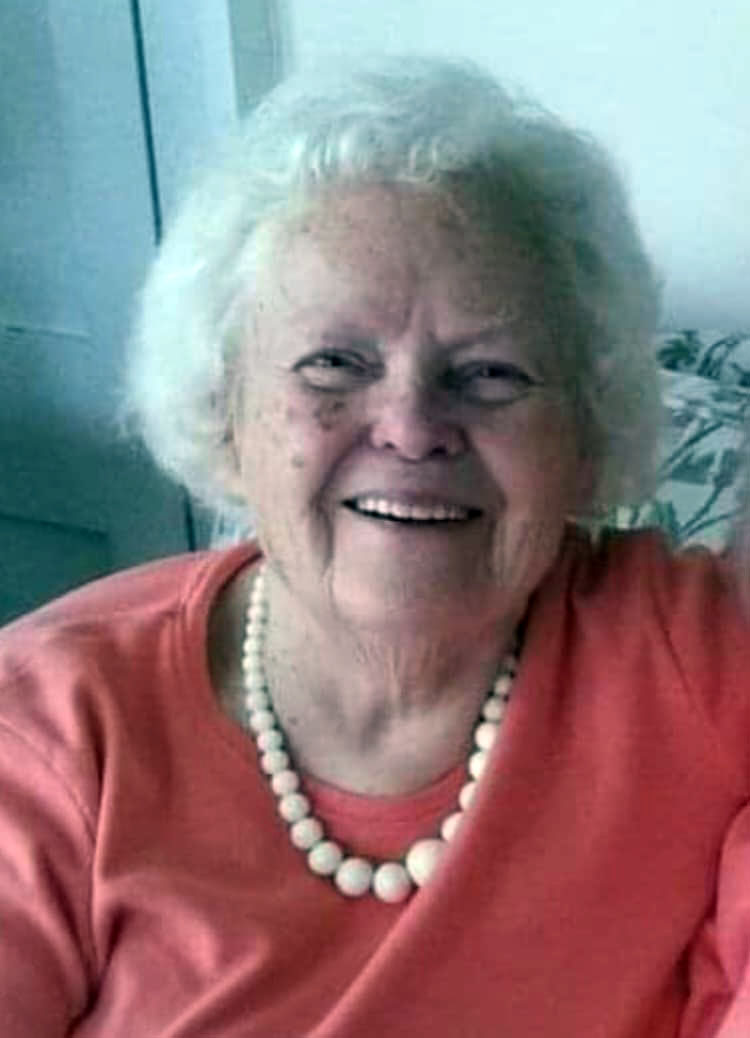 Else Hoier Laustsen, 97, went to be with the Lord on Sept. 1, 2022 at her home in Waldoboro, surrounded by her loving family.

She was born on March 4, 1925, on the island of Fyn, Denmark to Edith and Vilhelm Hoier. Else grew up in Denmark including five hard years of Nazi occupation. Her family bravely hid Jews and sheltered Danish resistance fighters throughout World War II. In 1947 she married Fritz J. Laustsen, who had been an officer in the U.S. Merchant Marine during the war. They were married for 65 years. In 1948 they immigrated to the United States, settling in Port Washington, N.Y., where they raised their family of three. Else worked in the family business, North Shore Decorating, until they retired to Maine in 1987.

Else kept in close contact with her Danish family and visited often. Maine was a favorite camping spot for her family. She and Fritz bought a vacation home, an old farm, in Moscow, Maine in 1966, which remained a special place throughout her life.

Else was active in both the First Baptist Church of Port Washington, where she served as a deaconess for 20 years, and then a member of the First Baptist Church in Waldoboro. She treasured her many friends and family in Denmark, Port Washington, Moscow, and Waldoboro. She was well known for her hospitality, which she saw as a Christian gift, and often hosted large gatherings at her home.

She was a member of the Danish Brotherhood, Audubon Society, and the West Waldoboro Community Club. Else was known for her cooking skills and was an avid birdwatcher, gardener, and forager of wild mushrooms. She loved camping and hiking in the north woods and often imparted her knowledge of flora and fauna with anyone lucky enough to be with her. She spoke several languages.

Else was known to her friends and family as gracious, good natured, and loving. Else was blessed to be able to stay in her home with her daughter, Lisa, who was her caregiver for the last nine years. She lived her life with the love of family, friends, country, and above all, God. She was a mentor to many and the rock of our family. She will be missed but is now in a better place.

She is predeceased by her sister, Kirsten Hoier; husband, Fritz; special son-in-law, Frank Capone; and loving extended family from both the U.S. and Denmark.

Friends are welcome to join the family for a time of visitation from 5-7 p.m., Friday, Sept. 16 and a service to celebrate Else’s life will be held at 11 a.m., Saturday, Sept. 17 at Hall’s Funeral Home, 949 Main St., Waldoboro. A graveside burial will be in held immediately after in Achorn Cemetery in Rockland.

Contributions in Else’s memory may be made to Samaritan’s Purse International Relief at samaritanspurse.org.

Hall’s of Waldoboro has care of the arrangements. You are invited to share your memories and condolences with the family by visiting the book of memories at hallfuneralhomes.com.