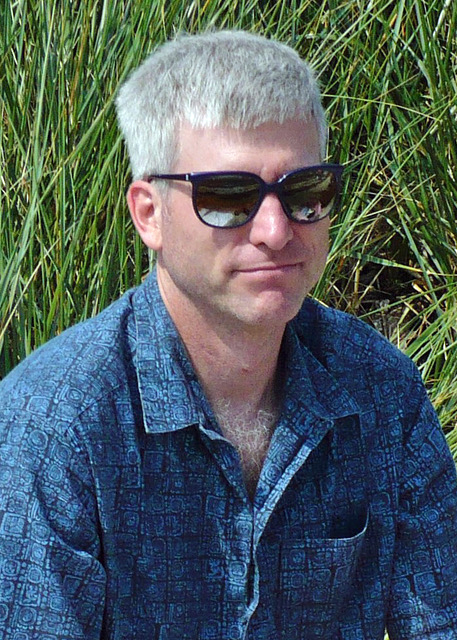 Eric Wilson Hartmann, age 58, of Edgecomb, died surrounded by loved ones on March 23, 2022, at Cove’s Edge in Damariscotta. Eric was born in Santiago, Chile, to the late Shannon (Wilson) and William Hartmann.

As a young person, he also lived in Germany and then multiple states and had the opportunity to visit and ski a variety of mountains, thus establishing one of his greatest loves. Eric graduated from San Marino High School in California and then from Middlebury College in Vermont.

Eric was an avid skier and loved the outdoors. After college, he worked for several years as a ski instructor at Teton Village in Jackson Hole, Wyo., and was a fly-fishing guide on the Snake River.

From there, Eric enrolled in Lewis & Clark Law School in Portland, Ore., and went on to get his JD with a focus in environmental law and pass the Oregon Bar. While in Oregon, Eric continued to ski, rock climb, mountain bike, and fish. He climbed many of the peaks in the area, including leading his dad up Mount Hood.

Shortly after graduating, Eric met Heather Burt. Eric and Heather spent a great deal of time exploring the far reaches of Oregon and the slot canyons of Utah. In 1998, Eric and Heather married in Edgecomb where they eventually built their home. During that time, Eric worked for Patagonia, co-founded a vegetarian restaurant with Heather and his mother-in-law, Andy Burt, in Boothbay Harbor, and wrote a book.

In 2007, Mira Hartmann, his daughter, was born, and in 2008, Eric began working for CDI Meters in Woburn, Mass., and continued that work until early this year. Eric was a devoted father and instilled in Mira a love of nature and outdoor adventures. Eric was also an avid reader, enjoyed sailing on Penobscot Bay, and listened to an eclectic range of music.

He is survived by his wife of 23 years, Heather Burt; his daughter, Mira; father, Bill; brothers, Addison and Will; and in-laws, Stephen and Andy Burt.

In lieu of flowers, donations can be made in his honor to Southern Utah Wilderness Alliance, 425 East 100 South, Salt Lake City, UT 84111.