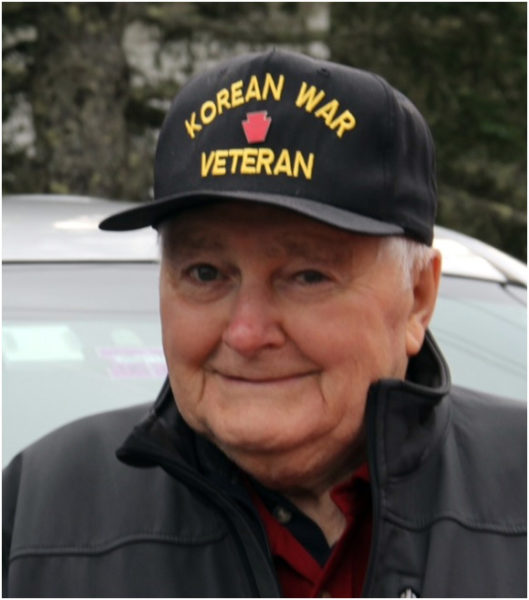 Ernest “Ed” Edward Thibault passed away peacefully surrounded by his family at Gregory Wing in Boothbay Harbor on Feb. 3.

Ed was born in the Women’s Hospital in Cambridge, Mass. on May 16, 1929, son of Ernest Thibault and Carolyn Butler, both of Nova Scotia, Canada. As a child he moved around and lived in Nova Scotia, Canada, Revere, Mass., Gardiner and Southport. His love of Southport, where he made his home for the remainder of his life, began at the age of 9.

Ed and Sandra Brewer Thibault were married on April 1, 1961 and made their home on Southport. Prior to the birth of their own children, he and Sandra spent a great deal of time with nephew Les W Brewer II. On Oct. 15, 1964 their first child, Betsy Karmen Thibault was born. On April 1, 1971, their 10th anniversary, they welcomed their twin boys, Martin Edward and Matthew Shawn Thibault. Ed was a family man and thoroughly enjoyed his roles of husband, father and “Papa” to his grandchildren Molly Elizabeth and Hannah Mae.

Ed was a world traveler. He enjoyed visiting new places and meeting people. He traveled to Germany and Italy in the Army. He traveled to Nova Scotia, Montreal, the Caribbean, Pennsylvania and Vermont with Sandra. He enjoyed family camping, hunting, saltwater and fly fishing, and collecting anything and everything you could possibly imagine. He was a non-discriminant collector. Ed could strike up a conversation with anyone and was in his element in any social setting.

Ed joined the Army on March 27, 1951 and was honorably discharged on Sept. 17, 1956. He was in the 109th Infantry 28th Division as a Jeep driver and received the Army of Occupation Medal for his service in Germany.

Ed was skilled in many trades. His employment history included Road Commissioner for Southport, lobsterman, sardine fishing, Water District for Southport, and a pipe fitter at Bath Iron Works for 21 years.

In lieu of flowers, the family requests that donations be made in Ed’s honor to the Lincoln County Animal Shelter, P.O. Box 7 Edgecomb, ME 04556; or American Legion Post #36, 27 Industrial Park Dr., Boothbay, ME 04537.

A celebration of life will be held at 2 p.m., Sat., Feb. 18 at the American Legion Post #36, 27 Industrial Park Dr., Boothbay. The service will be officiated by Rev. Sarah Foulger of the Boothbay Harbor Congregational Church with Veterans Honor Guard ceremony and American Legion procession. Light refreshments will follow the service.

Memories and condolences may be shared with the family at www.directcremationofmaine.com.

Arrangements are under the care of Direct Cremation of Maine, 182 Waldo Ave., Belfast.