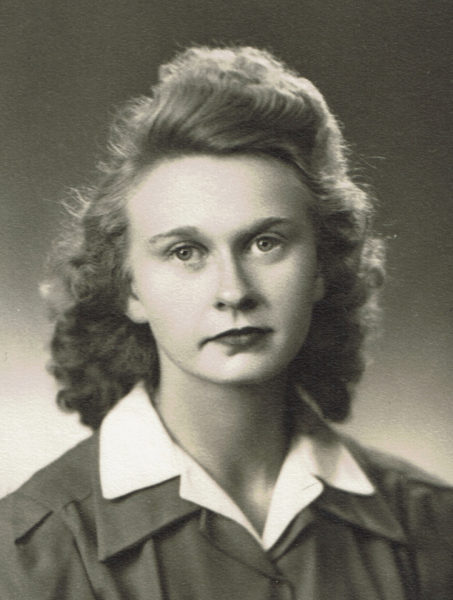 Ethel F. Bartlett, 89, formerly of Washington, passed away peacefully on Nov. 27 at Jefferson Green in Jefferson.

She was born in Somerville on June 4, 1927, the daughter of the late Charles and Mildred (Erving) Crummett.

Ethel was the valedictorian of her eighth grade class. She was the oldest of six children, and at a young age took care of her younger brothers and sisters. As a young girl, Ethel and her siblings would go blueberry raking to earn money and help the family.

The couple worked a farm in Washington on Route 105. They shipped milk starting in the late 50s until 1972. They switched to raising beef cattle at that time. Ethel would name every new calf born in the spring. The couple raised cattle until 1998. They rented the pasture to a farmer in Union, so they continued to have cattle on their land.

On Jan. 25, 2014, Ethel moved to Jefferson Green and the family house was sold later that year. It was very difficult for her to give up her home of over 60 years.

She was predeceased by her parents; her husband; brothers, Clyde, Clifton, and Orrin Crummett; sister, Lessie Lloy; and grandson, Shane Weeks.

A graveside service will be held at 11 a.m., Fri., Dec. 2 at West Washington Cemetery in Washington with Janice Hisler officiating.