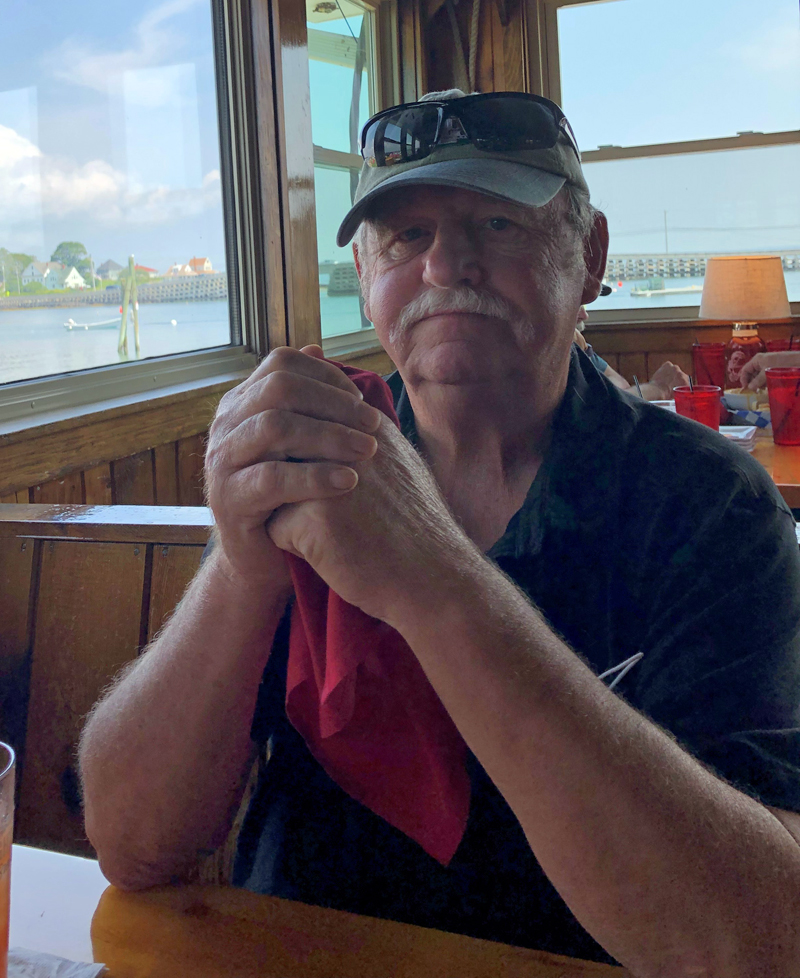 In 2016, our dad had a stroke. Doctors gave us very little hope that he would survive. He proved them wrong. He not only survived, he thrived. It was his second chance, and he celebrated his “birthday” every February since. Dad died at his home in Damariscotta on May 27, 2022. He was six.

Eugene Roland Kelley was born in Damariscotta on Aug. 10, 1951, and raised in Bremen, the son of Roland and Agnes Willey Kelley. Gene graduated from Medomak Valley High School and was a lifelong commercial fisherman. He realized just how much lobstering was in his blood a few years ago when he sold his boat, traps, and buoys and tried retirement. He soon purchased another boat, the F/V I Think So, and with the help of family and friends, he got back out on the water where we all knew he belonged.

Though the stroke affected his ability to speak, it couldn’t take his wicked sense of humor. Gene liked to have fun. His personality, and a bottle of Allen’s, always made every card game or campfire more fun.

Gene was most proud of his family and knew that the best thing he ever did was marry his wife, Debbie Jones, on Aug. 8, 1970, and together raise their three sons, Kevin, Shawn, and Chad.

Gene was predeceased by his parents, his brothers Maynard Willey, Jerry, and Danny Kelley; and his sisters, Becky Dawson, and Brenda Gross.

He is survived by his wife of nearly 52 years; his three sons and their spouses, Dana, Jodee, and Emily. Bamp will be missed by his grandchildren, Brittany, Todd and his wife, Kaitlyn, and Tucker; and his great-grandchildren, Isaac, Noah, Trevor, and Jacob. Gene is also survived by his sisters, Shirley Glidden, and Sandra Ripley; and his brother, Philip Kelley; as well as several nieces and nephews all of whom he loved like his own children.

Our family will celebrate Dad’s life as he would have wanted – by getting together and laughing. Any donations made in Gene’s memory can be sent to the Maine Lobstermen’s Association Legal Defense Fund, 2 Storer St., Suite 203, Kennebunk, ME 04043 or online at savemainelobstermen.org. Or – buy a scratch ticket, Gene hopes it’s a winner.