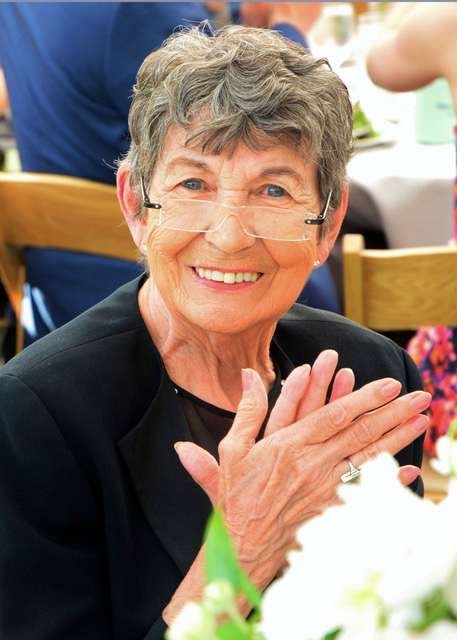 Evelyn Elford Webster died peacefully on the morning of Dec. 30, 2019. She was born on Jan. 27, 1938 in Detroit, Mich. She was the youngest child of Fred G. Elford and Nina (Burton) Elford, both originally from Fortune, Newfoundland, Canada.

Evelyn attended Redford High School and Wayne State University. After marrying Michael G. Webster, they moved to Pittsburg, Penn., then to Washington, D.C. and Maryland. The family moved to Newcastle in 1973. Evelyn returned to Michigan in 1983 and then settled back in Maine in 2008 for retirement.

Evelyn enjoyed many hours of volunteer work during her lifetime while raising her four daughters. She volunteered with Brownie troops, Girl Scouts, parent teacher associations, churches, the Chevy Chase Junior Women’s League, Miles Memorial Hospital, the Newcastle Ambulance Service, Parents Without Partners in Rochester Hills, Mich., and as a docent at the Chapman Hall House in Damariscotta.

Evelyn was always extremely creative. Aside from raising her daughters, she loved gourmet cooking, sewing, quilting, reading, and studying and researching family genealogy.

Evelyn is survived by her four daughters: Ann Jackson (Alan Mason) of Damariscotta, Leslie Webster of Farmingdale, Meg Webster of Caro, Mich., and Betsy Webster of Farmingdale; her sister, Eleanor Folsom of Livonia, Mich.; and many nieces and nephews and their families. She (YaYa) will be missed by her beloved grandsons, David Jackson and his wife Meredith of South Portland, Charlie Jackson and wife his Becky of Santa Fe, N.M., and Stephen Webster of Caro, Mich.; and great-grandson, Riley Jackson of Santa Rosa, Calif.

At her request there will be a private family gathering at a later date.

Her family would like to thank Woodlands Memory Care and Beacon Hospice for their kind and loving care.

Memorial gifts may be donated in her name for Alzheimer’s/Dementia research to: Maine Alzheimer’s Association, 383 US Route 1 #2C, Scarborough, ME 04074.