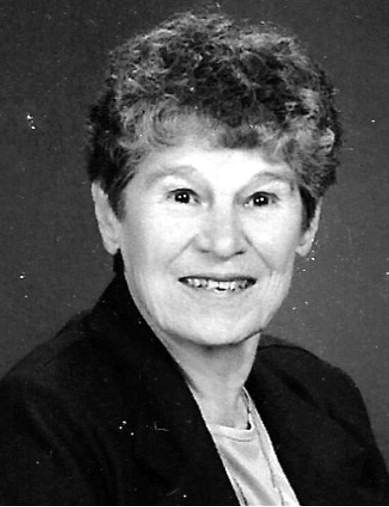 She was born in 1925 in Boston, Mass. to Henry and Alice Hiltz. She attended North Quincy High School and graduated in 1943. After graduation she worked at a credit union at South Station in Boston.

She met her husband, Carroll B. Hewitt, in China, Maine, in 1949 and they were married in 1950 at the China Baptist Church. Following the wedding, they lived in Bath. They moved to Wiscasset in 1951 on the day of birth of their first child.

In 1964 Flora started working for a local oil company and later, a lumber company. For most of her working life she was a bookkeeper for several Damariscotta area physicians, retiring in 1990. After retirement she traveled the U.S. and Canada with her family in a camper visiting sites such as Niagara Falls, Mount Rushmore, Yellowstone, and the Grand Canyon. She and her family also attended many of her husband’s 93rd Seabees Battalion reunions.

She was a member of the First Congregational Church in Wiscasset for over 70 years and a member of the Organ Society. She sang in the church choir and served as a diaconate. She was also a life member of the Eastern Star and Rebekahs Order of Odd Fellows.

Playing the piano and listening to music were two of her great joys! Flora also loved cooking, baking, sewing, knitting, and crocheting. She baked and decorated all occasion cakes, especially wedding cakes, for family, friends and businesses. She also collected teacups and saucers from trips to her beloved Nova Scotia.

Flora was predeceased by her husband, Carroll; her brother, Irving; her sister, Alice Louise; and two grandsons, Christopher and David Jr.

No visitation hours will be held. All are welcome at a graveside service to be held at 1 p.m. Sunday, Aug. 14 at the Chadwick Hill Cemetery in South China.