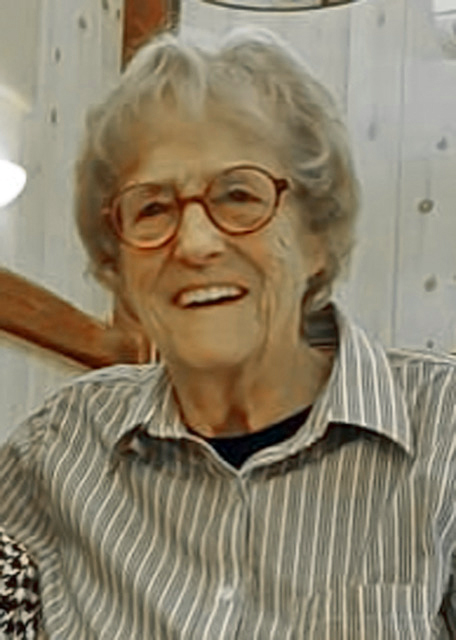 Florence “Fondy” York, 83, of Nobleboro, passed away after a quiet and courageous battle with cancer, on the morning of Nov. 7, 2020 at LincolnHealth’s Miles Campus in Damariscotta.

Born in Whitefield on May 13, 1937, she was the daughter of Bernice Mae Andrews and Chester Douglass. Fondy grew up in the Whitefield and Alna area, and attended local schools, graduating from Erskine Academy in 1955.

Fondy was one of the founding members of Mobius in 1978, being involved in its initial planning committee and later serving on its board of directors for many years. She also introduced the Special Olympics to the Lincoln County area, and attended Special Olympics games on the local and state level for over 40 years. She also had the pleasure of attending both the national and world games.

In 2018, Fondy was presented with an Unsung Hero Award by Mobius Executive Director Rebecca Emmons. In the presentation, Emmons said of Fondy, “When Pineland was closing and her daughter, Marlene, was graduating from the Longfellow Special Needs school based in Bristol, she fought to build a better community here in Lincoln County — a community that would be inclusive and accepting of people with disabilities.” Fondy never stopped championing those who needed that little extra voice.

In recent years, Fondy could be seen driving vehicles for Chase Point, transporting elders who could no longer drive themselves, picking up medications, or running any errand that needed to be taken care of. She worked there for 13 years and retired in 2017.

She received the Woman of the Year award from the Nobleboro Grange, and for many years could be found frying her donuts for the Nobleboro AppleFest, Chase Point Celebration, or the Damariscotta Mills Alewives Festival.

Fondy is survived by her three children, Marlene York of Newcastle, Wade York of Nobleboro, and Melanie Pendleton and her husband Brad of New Harbor; grandchildren, Tanya of Warren, Tiffany of Damariscotta, and Tyler and his partner Jess of Damariscotta, and Bayley of New Harbor; great-grandchildren, Reece and Levi of Warren, Caleb of Nobleboro, and Abe of Damariscotta; sister, Marjory Taylor of Melbourne, Fla.; a special cousin, Sheila Rancourt of Jefferson; as well as many nieces, nephews, and cousins.

She will be laid to rest privately in the Highland Cemetery in Jefferson. A public celebration to remember Fondy will be held in the spring or summer of next year.