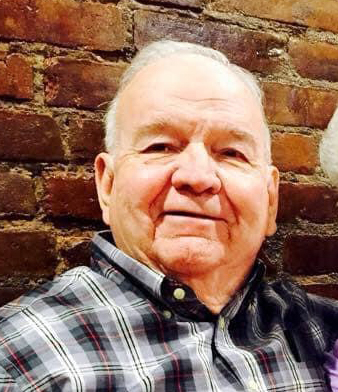 Floyd Edwin Reeves died of complications due to COVID-19 on June 4, 2020 in Louisville, Ky. He was a native of Bristol.

He was born in the family house in Chamberlain Oct. 13, 1930, the son of Samuel and Mildred (Tarr) Reeves. He was preceded in death by his parents and four siblings Thelma Hall, Gordon Reeves, Adelaide Lane, and Philip Reeves.

A 1949 graduate of Bristol High School, he began his 30-plus year career with the U.S. Postal Service at the old New Harbor post office. While there he met Claudia Montgomery, a summer companion of the Davenports who have a cottage at Pemaquid Point.

Floyd married Claudia on Jan. 2, 1960 in her hometown of Louisville.

They became the parents of two sons, Claud (Monty) and Jay Reeves.

Floyd was very proud of his Maine and New England heritage. He had a Revolutionary War ancestor from Louds Island, Seward Poland, which enabled him to join the Sons of the American Revolution. One of his most treasured memories was his year as president of the Louisville Thruston Chapter of the SAR. He was also a member of the Maine SAR. Alvin Gamage helped with the needed genealogy.

In 1996 Floyd and Claudia purchased a residence in Brunswick, which they dearly loved. It enabled them to reconnect to family and friends and make new friends. They split their time between Maine and Kentucky.

Floyd is survived by his sons, Monty (Kelli) and Jay (Julia); and five grandsons, Samuel (David), Alexander (Laura), Jonathon (Paige), Anderson, and David. He is also remembered by a host of nieces, nephews, and cousins in Maine.

As we’d drive down the Bristol Road from Damariscotta, Dad would point at nearly every house and say, “You have/had a relative that live there!” Our roots run deep in Bristol. He and we appreciate them very much.

Memorial donations may be made to the Kentucky Humane Society at kyhumane.org; or to Bristol Fire and Rescue Department, c/o Jeri Pendleton 104 Southside Road, New Harbor, ME 04554.

A private memorial will be held in Maine in July. We love you Dad.