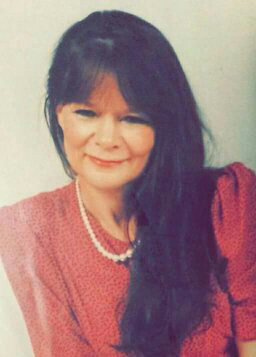 Frances “Fran” Cunningham went home to be with her Lord Nov. 30.

She was born in Jefferson, the daughter of John and Ruby Turner.

After high school she became a wife, homemaker, and mother to her 10 children. Once her children were raised, she entered the workforce and cared for the elderly in a local home for over 10 years. She retired and enjoyed being with her children and extended family the rest of her days.

She was predeceased by her son, Jason Cunningham.

She will be greatly missed by her children, Charles and Diane Wilson of Palermo, Susan and Edward Fuller of Palermo, Brett Christiansen of Newton, Mass., Lisa Lewis of Augusta, Jill and Butch Chamberlain of Augusta, Pamela Fenderson of Whitefield, Sandra and Sumner Webber of Readfield, Rodney Cunningham of Augusta, and Amanda and Clifton Chapman of Boothbay; many dear grandchildren, and great-grandchildren; siblings; and friends.

A celebration of her life will be held in the spring at the old homestead in Jefferson which will be announced at a later date in The Lincoln County News.