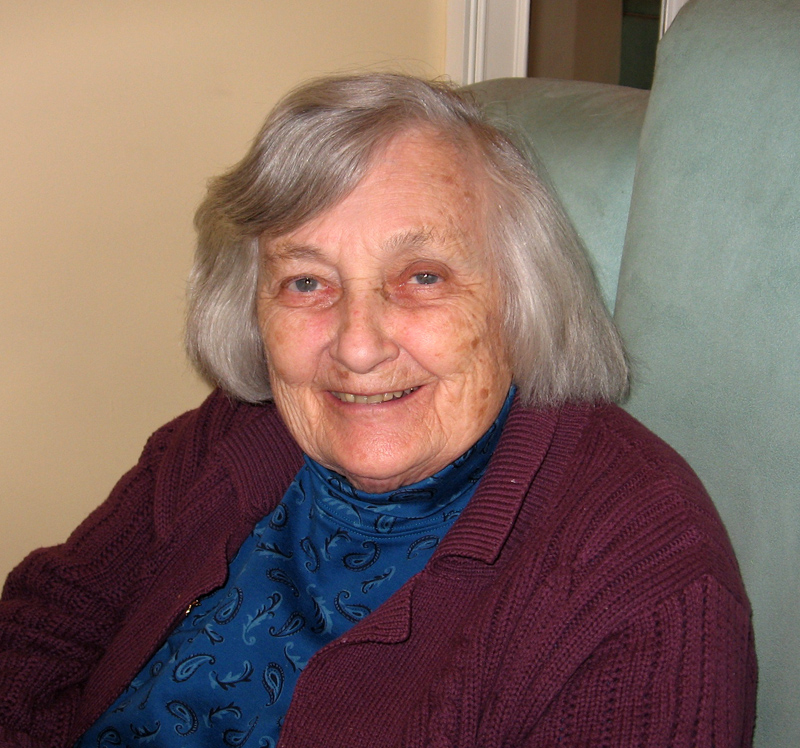 Frances Lorraine Hodsdon, 95, of Jefferson, died peacefully in her sleep with her loved ones by her side on Saturday, Dec. 3, 2022, at the Sussman Hospice House in Rockport.

She was born in Portland on Dec. 30, 1926, the daughter of Sumner and Hazel (Woodbury) Hodsdon. After growing up in Wilton, the family moved to Massachusetts. She attended the School of the Museum of Fine Arts in Boston. This was to be her destiny – producing and teaching her passion of the art of printmaking and drawing.

Marriage to Richardson Howe took her to Delaware where she started a family and continued her education. She followed her passion teaching out of the home. Later going to Ohio where she completed her BFA at Kent State University and took courses toward her Masters. She was on campus in May 1970 when four students were killed during the Kent State peace rally.

Life took a turn after her divorce and passing of her father and she was once again in Maine in 1975 on the family blueberry farm overlooking Clary Lake. Here she thrived – teaching at the University of Maine and Round Top Center for the Arts, all the while working from a home studio and immersing herself into her environment, producing work from views of the lake, blueberries and later bark on the trees. Never content with plain white she took the lowly resin chair to previously undiscovered places starting with fogging black paint on them. This led to her show in 2004, “Frances Hodsdon, Friends and Family” at Round Top Center for the Arts.

This was not her first exhibition. In the early 1990s, as she became known in the art world, Frances’ work was featured in both solo and group exhibitions at many well-known galleries throughout Maine. Solo exhibitions include the 1991 ”Verticality” exhibit at Unity College Art Gallery, “Maui Series” at Le Va-tout Gallery in 1993 (following her trip to Hawaii), “Death & Memory” and “Paper Works” at Maine Coast Artists in 1996 and 1998, and “Etchings” at Uncas Farms in 2002. Her prints were added to collections at the Museum of Fine Arts, Springfield, Mass., Bates College Museum of Art, Lewiston, Farnsworth Museum of Art, Rockland, and the Portland Museum of Art, Portland. Frances was featured several times in the Portland Press Herald and as recently as September 2021 by The Boston Printmakers.

Her legacy will be the many students she taught that will carry on the love of art she instilled in them.

Frances’ family gives a special thanks to Kim, Darlene and rest of the dedicated team at Waldoboro Green Assisted Living for the wonderful care the last year and a half of her life. Also Lou Bertel of Power Play Training that encouraged her to keep her strength up with his tutelege for her long-term health.

She is predeceased by her brother, James S. and wife, Phyllis Hodsdon; and nephew, Christopher A Hodsdon.

Services at the gravesite in Jefferson will be held in the spring, at the convenience of family.