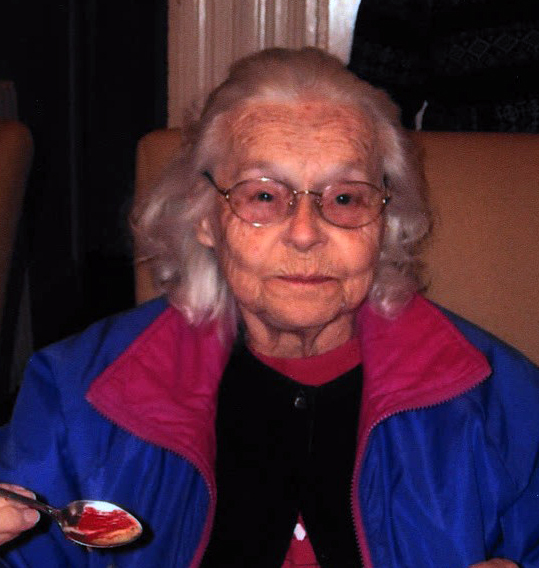 Frances Weaver Stewart, 97, passed away of natural causes on Feb. 28, 2020 in Union. Frances was born on Oct. 10, 1922 in Waldoboro, the only child of Vellis C. Weaver and Fannie (Douglas) Weaver. She grew up on the family “Red Bridge Farm” at Orff’s Corner. She was a fifth generation, direct descendant of Conrad Heyer, who was the first born white child in Waldoboro.

She attended Waldoboro schools and graduated of Waldoboro High School, Class of 1940. After graduation Frances worked at Medomak Canning Company. In 1943 she met and married James Russell Stewart of Bremen and they made their home in Waldoboro. They were married for 21 years until his untimely death in 1964 at the young age of 42. After James passed away in 1964 she went to work for 10 years at Miller School in the cafeteria, and during the last few years she worked at Miller School she was a head pastry cook. In 1964 Frances worked for GTE Osram-Sylvania in the annealing and sintering department for over 21 years. Frances was a dedicated worker, never missing a day in all 21 years. She retired in March of 1986.

She was very proud of all the outdoor work that she had done to keep her very large lawn meticulously mowed and her flower and vegetable gardens weed free. She worked very hard to keep her place looking nice for the 63 years that she lived there.

She was an 83-year member of the Progressive Grange #523, a former member of the Waldoboro Extension, and a lifetime member of the Medomak Valley Senior Citizens, Waldoboro Lincoln County Pomona, State Grange Charter Member of Demeter Club. She volunteered for the RSVP program for several years and in July 1999 she was recognized as a supporter of the American Lung Association for 50 years.

She went on many bus tours with her family. During the late 1970s and early 1980s she made lots of ceramics at Spruce Glen Ceramics.

A graveside service at the German Cemetery in Waldoboro will be held in the spring with the date and time to be announced.

Because of her deep love of animals, please consider donating to your local animal shelter in her memory.