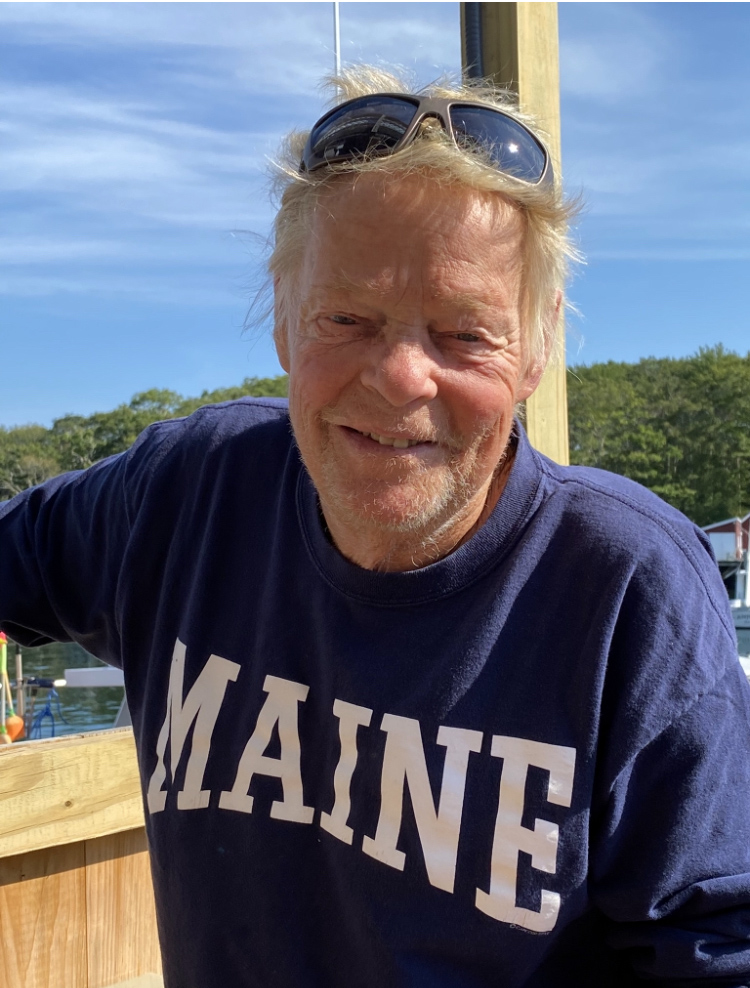 Francis Reynolds Welch Jr. “Rennie,” passed away on Dec. 31, 2022 with his loving wife Lynde by his side.

He is survived by his son, Tom Welch and wife, Meg of Jackman; daughter, Kelly Welch, of Newmarket, N.H.; and son, Kevin Welch and wife Amanda, of Whitefield. Ren was a proud father and an adoring “Gampy” to his six grandchildren, Sophia Whitney, of Hampton N.H., Hailey and Braidan Welch, of Jackman, and Camdyn, Addyson and Jillyan Welch, of Whitefield. He loved attending the grandchildren’s sporting events and was usually the loudest voice in the crowd.

His love for family began in his early years, growing up in Melrose, Mass. with his sisters, Gail Hanson, of Brewster, Mass., Jan Schraer, of Georgetown, Texas, and Martha Daly, of Walpole, Mass. He also leaves behind several nieces and nephews whose love is a testament to his kindness.

Rennie grew up in Melrose, Mass. where he was a star athlete in high school football. In 2013 he was inducted into the Melrose High School Hall of Fame, where he also played hockey. Throughout his life he was a Boston sports fan – a never die Patriots fan who attended a few memorable duck boat parades and a Bruins fan as well.

He spent summers on the beach where he first fell in love with the ocean and fishing, which he carried throughout his life. Once he made Maine his permanent home, he became a regular on Pemaquid Beach, always in his spot.

He owned a construction company, Carpentry Etc. working in the Melrose area. He also worked as the assistant chief engineer at Logan Airport Hilton during Boston’s “big dig.” During his off hours there, he restored his home in Newburyport and won a Restoration Award from the Newburyport Historical Society for his beautiful craftsmanship. He coached hockey and attended most of his children’s home and away games in various sports.

Rennie’s final career was as an educational sales consultant for Whitcomb Associates, until he moved to Chamberlain to realize a childhood dream of building and owning a house on the ocean.

Never one to give in, he worked for 10 years part time at Lowe’s in Thomaston, where he made many good friends, and volunteered for various projects including several Habitat for Humanity projects. He met his wife Lynde at Lowes, and soon their shared love of adventures and traveling the coast of Maine brought so much joy into their lives.

No place was more special than Monhegan Island, where dear friendships were made with the islanders, and Ren created beautiful “Ren-ditions” of The Island Inn and Monhegan Lighthouse as gifts for his friends. He has built numerous heirloom renditions of buildings he loved for the people he loved. A gifted craftsman with a giving heart. We love you Ren… always.

A celebration of life for Rennie will be held in the spring.