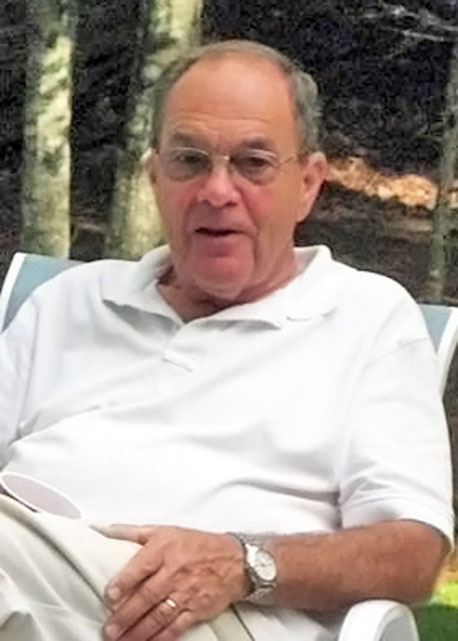 Fred Chasse passed away on May 28, 2021, in the arms of his wife of 63 years, Mickey, surrounded by those that loved him.

Fred was born on July 18, 1936, to Levi and Georgia, in Castine. Although born and raised on the Maine coast, in the home of the U.S. Merchant Marines, he was discouraged from learning how to swim by his mother. This did not bind him to the Maine coast. After graduating from the University of Maine, Fred began an industrious career in the pulp and paper industry as an engineer.

Fred’s passion would send him around the world, from Finland, to Singapore, to Australia and beyond. A constant and curious friend, his well wishers span the habitable continents, speak numerous languages, and know their friend as the preeminent tinkerer and doodler.

Whether it was creating a new patented process or finding a new efficient way to run a plant a half a world away, or simply making a swing for his grandkids out of an old oil tray, Fred was known to all as a problem solver. Inspiration came often to him at inopportune times, as he was known to always be in need of a napkin and pencil to work out his solutions. However difficult the problem, though, he was always up to the task – especially when friends and family were in need.

Of all his many achievements, perhaps his most spectacular was his long-lasting love for his wife Mickey. A partner for more than 60 years, their inseparable bond built a foundational relationship of no equal. Mickey and Fred walked along paths together, sailed across oceans together, played cards, cooked lobsters, built homes, and communities, and families together. As accomplished as he may have been, his endearing love will remain the brightest beacon Fred ever established.

Roland to those who didn’t know him, Fred to those that did, Papa to his loving grandchildren, and friend to so many around the world, Fred Chasse’s life contains multitudes and spans vast areas.

He eventually defied his mother’s wishes and late in life learned how to swim. His curiosity was rarely contained and his intellectual pursuits seldom mollified, Fred was a lifelong learner. And rich in friendships and family, he was not one to hold back what he had learned. Whether that was sharing a late-night call with a friend an ocean away or a heavily dog-eared book with anyone who wanted it, Fred’s many lessons will not soon fade from living memory.

He is survived by his wife, Mickey Chasse; brothers, John and Bob Chasse; children, Ken Chasse and Alyson Rehwinkel (husband Gary Rehwinkel); and his grandchildren, Chasse Rehwinkel and McKay Rehwinkel.

A memorial Mass for Fred will be held at 11 a.m. Saturday, Aug. 21, at St. Patrick’s Catholic Church in Newcastle. In lieu of flowers, donations may be made in Fred’s memory to the JCG Scholarship, c/o Kelly Grindle, 1434 Coastal Road, Brooksville, ME 04617.