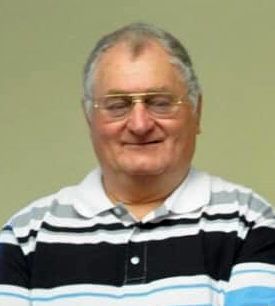 Frederick Royden Booker went to his heavenly home on Tues., Jan. 14, 2020 surrounded by his loving children.  Fred was born on Oct. 17, 1942 to Sanford and Lillian (Slocum) Booker.  He was raised in Gardiner, where he attended Gardiner area schools.

For most of his adult life, Fred was employed by Lipman Poultry as a poultry grower.  During his time taking care of farms he earned several awards and commendations as a top grower.

He is also survived by three sisters, Laura Buker, Clara Hodgdon, and Sandra and her husband Raymond Allen; and one brother, Dan and his wife Kay Booker; as well as several cousins, nieces and nephews.  Fred had a very special friend who he loved like a brother, Dan Marquette.

Fred’s family would like to express their sincere thanks to the doctors and nursing staff at LincolnHealth—Miles Campus from the ER to ICU for their exceptional care and comfort, not only to Fred but to his loved ones as well.  Also to the nurses and staff of Cove’s Edge Nursing Home, who were Fred’s extended family for the last two years.

A memorial service was held at Kennebec Valley Assembly of God, Chelsea, on Jan. 25.

In lieu of flowers, please make a donation to the charity of your choice.