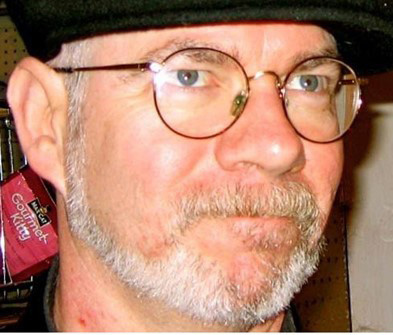 Geary Wayne Smith, a man beloved by family and friends, died peacefully, surrounded by loving family on Sept. 6, 2021, at the Sussman House in Rockport.

Born in Bridgton, May 27, 1955, Geary was the eldest of three sons to Beverly (nee Valley) and Donald Smith. He enjoyed his large extended maternal family, enjoying seven great aunts and uncles, and numerous first and second cousins.

An accomplished and talented director, actor, singer, and musician, he began performing in numerous plays while attending Lake Region High School in Bridgton.

Following high school, he proudly enlisted in the U.S. Air Force, was trained as an E-5 medic/medical instructor and was stationed at Sheppard Air Force Base in Witchita Falls, Texas, and at Loring Air Force Base in Limestone, all the while performing as a stand-up comedian at the Air Force Worldwide Talent Contests yearly. He was honorably discharged after 12 years and pursued and graduated from University of Southern Maine with a bachelor of arts degree in theater.

While a USM Russell Hall Player, he performed in numerous plays and musicals, and was chosen to perform at King Alfred’s College (now University of Winchester) in Winchester, England. He was distinguished as a performer and playwright having been nominated repeatedly for the Irene Ryan Acting Scholarship.

Post undergrad, Geary received a certification in video editing through the Specs Howard School of Media Arts in Southfield, Mich., and segued into a position as video editor for Ford Motor Company in Dearborn, Mich. Also while in Michigan, he was cast as an actor, performing with the Hilberry Repertory Company at Wayne State University in Detroit, Mich.

Returning to Maine, Geary continued acting and/or directing with the Lincoln County Theater and Orchestra in Damariscotta; Camden Community Theatre in Camden; and at Watts Hall in Thomaston. He was cast in the film, ‘Nor’easter’ (2012), as Sheriff David Kracauer, and enjoyed following the careers of other players, particularly Liam Aiken and Emmy Award- and Golden Globe-winner Rachel Brosnahan.

He deeply enjoyed his years as a substitute teacher through (formerly MSAD5) RSU 13 and working the front desk at the Rockland Harbor Hotel.

Geary was surrounded in his last days by his wife, Kim Fletcher; daughters, Mr. and Mrs. Erik (Megan Fletcher) North of Portland, and Mr. and Mrs. Justin (Lisa Fletcher) Frazell. He adored his grandchildren, Alyx Frazell, Jude Frazell, and Luca Frazell of Bangor. He is also survived by brother, David K. Valley. He is predeceased by his mother, Beverly A. Blake; father, Donald Smith, and brother, Donald Smith.

A memorial event is planned for May 2022.