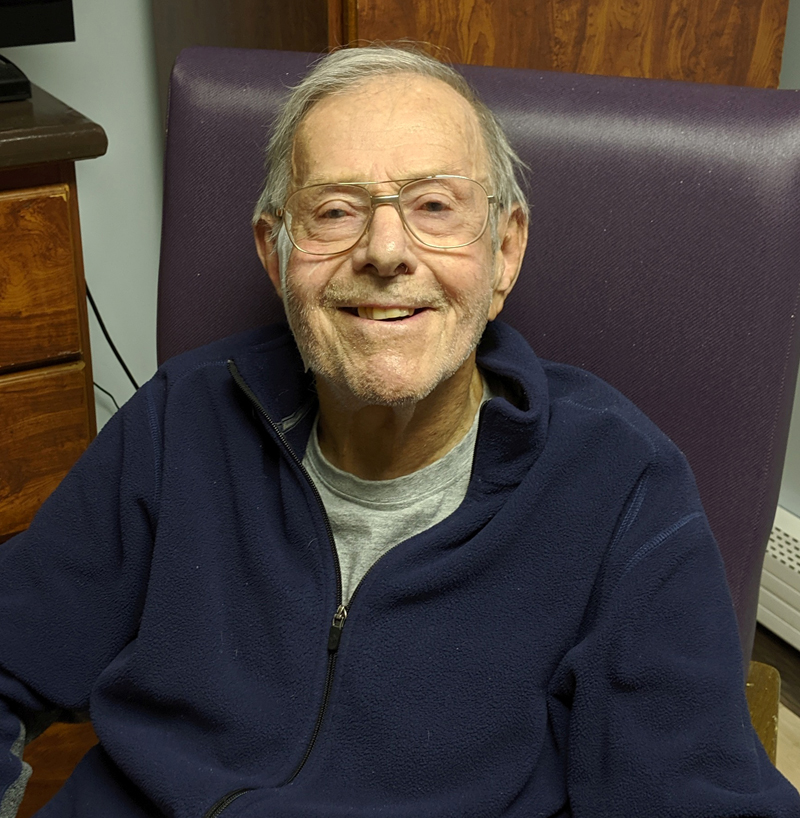 He was born on April 27, 1934 in Dallas, Penn. to George B. Shultz and Margaret Lancio Shultz and grew up in East Haven, Conn. He attended local schools there, graduated from East Haven High School in 1952, and Milford CT Prep in 1953.

In 1954, he married Carol Roberts and started a career as a draftsman at Pratt and Whitney Aircraft Corporation in North Haven, Conn. In 1967, he founded East Shore Cleaning Service in Guilford, Conn. for many commercial and residential clients in the surrounding area. While on vacation in Maine, he fell in love with the state and moved to Waldoboro in 1985. He purchased a small farm and raised sheep. He took a job at Storer Lumber Company and worked there until retiring in 1999.

He loved to read, working on the farm, and boating and fishing. He was a long-standing member of the First Baptist Church of Waldoboro where he assisted in completing the main support building and planning the new building of the sanctuary.

George was a member of the Mobile, Alabama Baptist Builders Association and helped construct five churches in Oregon, Idaho, New York, and Maine.

George is survived by his son, William G. Shultz and his wife Debbie Shultz of Mobile, Ala.; his daughter, Lori D. Hayes and her husband John M. Hayes of Howell, N.J.; his sister, Beth Ann Quick of Stockport, Ohio; his sister, Ann Heffron of Grand Rapids, Mich.; his brother, Dennis Shultz of University City, Mo.; his sister, Carol Shultz of Austin, Texas; his sister, Helen Shultz of Lakewood, Colo.; and his grandchildren, John L. Hayes, Emily A. Hayes, of New Jersey, and Maura Shultz and Meagan Fraser of Massachusetts.

He is predeceased by his father, George B. Shultz of Licking, Mo.; his mother, Margaret Ann Frank of Guilford, Conn.; and his wife, Ethelyn Barbour Shultz of Waldoboro.

A celebration service will be held at 2 p.m. on Saturday, Jan. 11 at the First Baptist Church of Waldoboro, 71 Grace Ave., Waldoboro. Pastor Jon Vermilion will officiate. Burial will be held Wednesday, Jan. 15 at Fern Knoll Burial Park in Dallas, Penn.

Donations may be made to the Sussman House, c/o PenBay Waldo Healthcare Foundation, 22 White St., Rockland, ME 04841.