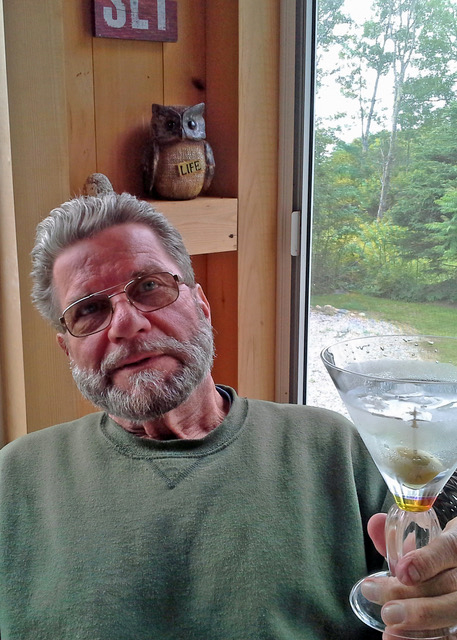 George D. Hovey, 81, of New Harbor, and Huron, Ohio, passed away at the LincolnHealth’s Miles Campus in Damariscotta on Friday, June 24, 2022, after a period of declining health. Born in Milo to Earl (Pete) and Elva Hovey, his family moved to Billerica, Mass. and lived there until his father was transferred to the Ford Motor Co. in Lorain, Ohio.

George was a Petty Officer, Third Class in the U.S. Navy, and served on the USS Donner. While serving on the USS Donner (LSD 20), they were part of the recovery team for Ham the Chimp, the first great ape launched into outer space as part of the space program’s Project Mercury in 1961.

While in the Navy, George received his GED. After returning home to Ohio, he attended Oberlin School of Commerce where he met his wife, Sally Laky. He went on to get an associate’s degree in criminal justice from Lorain County Community College, a bachelor’s degree in psychology from Heidelberg University in Tiffin, and a master’s degree in public administration from Bowling Green State University. He went on to receive additional training in criminal justice from the FBI National Academy in Quantico, Va. and Personal Protection System training from the Secret Service Training Center.

Prior to starting his police career, he worked at the Ford Motor Co. in Lorain. His police career included positions as police officer for the Vermilion Police Department, captain for the Sandusky Police Department, police chief for Huron City Police Department, and captain of investigation and special operations for the Erie County Sheriff’s Department. He was also an instructor at the Sandusky Police Academy, the criminal justice program director pro-tem for the BGSU Firelands Campus, and taught paralegal courses at EHOVE. George was also a member of the Erie County Intake Investigation Team and Erie County Drug Task Force. He was a member of the FOP Lake Erie Lodge No. 17, Ohio Association of Chiefs of Police, Buckeye State Sheriff’s Association, USS Donner (LSD 20) Memorial Association, VFW, Pemaquid Point Association, and a founding member of the Sandusky Maritime Museum.

George loved spending time with his family and loved riding his motorcycle through the countryside where he could get “lost” for hours. He had many good friends in Ohio and Maine. He also enjoyed going to the Donner reunions and meeting up with his Navy friends. He loved a good martini. He enjoyed going to Monday night dinner during the summer at the Seagull restaurant and listening to Jud Caswell sing his favorite songs.